Home > Blog > 5 Reasons Why You Should Attend SXSW Next Year

5 Reasons Why You Should Attend SXSW Next Year 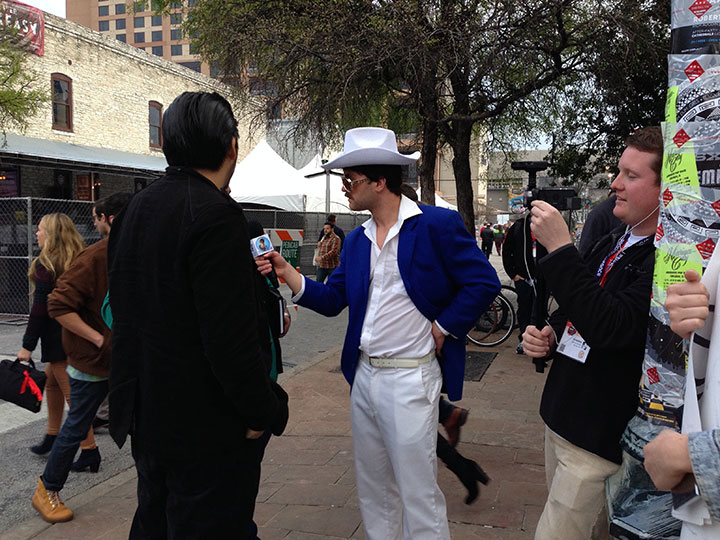 So, you might have heard of this thing called SXSW (South by Southwest). For those of you who have never been or have yet to hear about one of the biggest annual festivals/conferences in the world (even larger than the world rodeo championship in Slovakia!), it’s quite a poppin’ time.

There are three ‘sections’ that make up SXSW: Interactive (i.e. tech and startups), Film, and Music. Many a man and women have heard of the music festival portion, some have heard of the film, and even fewer have come to know the interactive, my personal favorite, of course.

As a full-on advocate of what goes on every year in what some refer to as the “biggest” state of them all – in everything – I’ve come up with five reasons as to why you should think about heading down to SXSW with us next year. (And yes, I mean us: the large group of St. Louisans heading down for the third year in a row now.)

Simply put, SXSW is a showcase, and a lot of people have this big goal in mind to tell you about the “new thing” they’re doing or the “new product” they just came out with. You can be one of the first they tell (if you’re into that kind of thing…)

2)   It’s unlike any other conference/festival you’ve ever been to.

Take my word for it, partner.  You can prep and research all you want, but SXSW is a whirlwind to every single one of the five senses. Open the Official SXSW app and you’ll be presented with hundreds of sessions to choose from and attend. Walk down the street, and you’ll be handed free posters and ping pong balls (plus a knapsack to put them in). Snag some free coffee to pep yourself up for the routine outings on 6th Street while you’re serenaded by more live music than you’ve heard or seen since MTV used to actually play music videos. It’s a sensory overload, and you go-go-go. But most people would think it’s worth it, myself included.

And we’re not talking just chochkies and promotional notepads (though it’s entirely possible to come home with one of the free backpacks you might receive full of these items). Play your cards right and you’ll pay for your badge up front and nothing after you touch ground in Austin. SXSW “parties,” hosted by companies big and small, some exclusive with guest lists, some requiring badges, and others completely open to anyone, will both wine and dine you until you’ve had your fill or the bartender cuts you off, whichever comes first. (Great places to do some people-meeting, too, by the way.)

4)   You get to see and/or meet people you would never meet before.

Take, for instance, this picture of me and Guillermo (from Jimmy Kimmel). He was the first person in Austin to ask me to take a picture with him (and yes, it was completely unprompted from my end). Other run-ins that were in the rumor mill to have met with folks that came down on the bus with us: a cup of water and a conversation with Mark Cuban, coffee and breakfast with Mila Kunis, and a walking down a hall with Lady GaGa.

And it’s not just celebrities that are there. You name the company, somebody is there at SXSW representing them in some form or fashion. Want to meet someone in particular? Find out where they’ll be speaking and go sit in the front row. Boom. Success.

P.S. I decided to fly home, and I ended up sitting next to (and almost drooling on while sleeping) a director of marketing for a major Silicon Valley company without even knowing it. You never know, Pete.

5)   You’ll come home (to wherever home is) and you’ll have a new perspective on life, conferences and business.

Sum up all of the above and you’ll have my reasoning. It’s a “you’ve-got-to-experience-this-at-least-once-in-your-life” kind of deal. Take my word for it. But be sure to start saving up for it now (and purchase your badge ASAP)!

So, if that doesn’t sell you, I don’t know what will. See you at SXSW next year ladies and gents.

Enstitute Is Expanding Into St. Louis; Students Placed As Early As Fall 2014