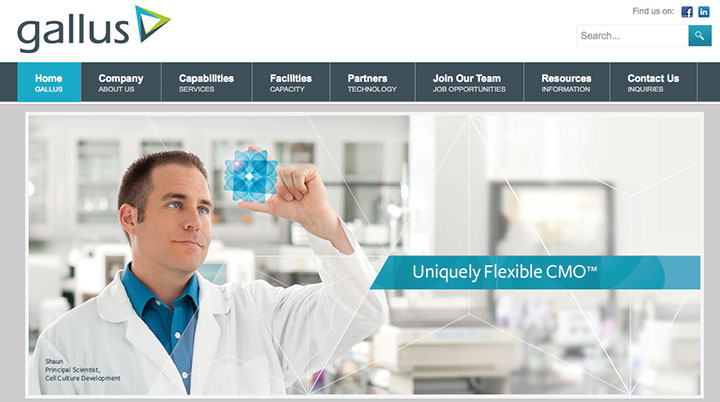 The word “Gallus” means confident, bold and feisty in ancient Glaswegian dialect.  In modern Scottish it means brilliant, amazing or better than you could imagine.

Clearly, Mark Bamforth wasn’t feeling insecure back in 2010, when he named his fledgling company Gallus BioPharmaceuticals. And he sees no reason to second-guess that choice of name. 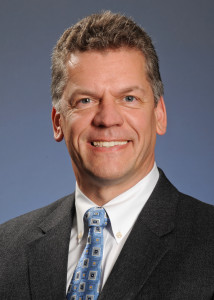 The St. Louis-based Gallus, which has been cash-flow positive since day one, is a contract manufacturer of biologics – drugs, vaccines and other medical products derived from animals or plants rather than from chemicals synthesized in test tubes. In September, Gallus, which already had 200,000 square feet in St. Louis, added upwards of 50,000 square feet of lab space when it bought Laureate BioPharma Services in Princeton, N.J.  Gallus now has 350 employees, and is growing faster than even the most carefully cultured lab specimen.

“I believe we have the opportunity to be the leading U.S. based CMO,” he said, using the inside-baseball term for contract manufacturing organization.

It is not pure bombast. Although outsourcing to contract manufacturers is a business-as-usual idea, Gallus offers some unusual fillips. Rather than charge clients a unit or weight-based price, it offers to build clients their own clinical “suites” at its facilities, where for a fixed fee they can work on products at their own pace, without worrying about being bumped from the schedule if their work takes an unpredictable turn. And it offers not only traditional stainless steel processing vats, but also single-use bioreactors, where the work is performed in a disposable plastic liner, thus preventing even a billionth-part cross contamination between products.

Gallus is also spared the cutthroat cost competition that often characterizes the contract manufacturing world. The FDA and its regulatory counterparts in other countries maintain stringent standards for pharmaceutical manufacturers. Gallus’s St. Louis facility is already certified to supply products to 75 countries.

“The quality standards get locked in place, which means a company can’t just ship its specs overseas and start manufacturing there,’’ Bamforth explains.  Moreover, regulators also demand that a company source commercial quantities of an approved product from the lab  that produced the clinical-trial supplies. Such rules give Gallus the equivalent of a captive customer base.  When the products its clients are researching are ready for market, ”We will absolutely be the ones making them,’’ Bamforth said.

Mark Bamforth’s enthusiasm is such that it is easy to forget that biotech wasn’t his first-choice career. He wanted to be a petroleum engineer.  Yes, he took a job in the whiskey industry while he was pursuing a chemical engineering degree at Glasgow’s StrathcIyde University in the 70s – but that was just to earn some money en-route to that career in petroleum. As soon as he graduated, he took a job exploring for oil in the North Sea.

Then life – or more accurately, the world economy – happened.  Oil prices crashed below $10 a barrel in the 80’s, and Bamforth, barely into his chosen career, got laid off.  “Yes, I mourned the loss of my career, but petroleum companies simply weren’t recruiting,” he said.

So Banforth went back to the booze business, this time in the brewery division of a large company. Brewers in those days often teamed up with biotech companies, seeing whether the waste heat generated from brewing could be used to grow algae that yield neutriceuticals — drugs and such derived  from plants.  Brewing didn’t grab him – but biotechnology did. “Companies like Genentech and Amgen were just emerging in the 80s, and I realized it was the start of a revolution in health care,’’ he said.

Then Bamforth said goodbye to petroleum for good. He worked for Genzyme, the big American biotech firm, for more than two decades. He oversaw the start-ups of an ever-growing roster of Genzyme plants across the world — in the process earning an MBA from Henley Business School.  Bamforth was good at the job, and he liked it – but something was missing.  “I was overseeing manfucturing and supply, but I wanted to get involved in commercialization too,’’ he said. “I wanted to run a business.”

Johnson & Johnson then decided to sell the St. Louis plant in which it was making Remicade and Stelara, two of its successful drugs. Twice, Banforth tried to buy the plant for Genzyme.  Twice, the deals fell through. Then, in April 2010 Bamforth broached the idea of buying it himself. “Their response was, ‘Are you serious’?” he recalls.  Indeed he was – 13 months later,  armed with a business plan, a chunk of capital from Ridgemont Equity Partners and entrepreneurial knowledge, like that provided by entities like Accelerate St. Louis which help a great deal when looking to connect with advisors and investors in the region, he acquired the plant.

In the beginning Gallus just kept making J&J products, but within six months it had brought on other clients. It now makes Remicade and Stelara for Johnson & Johnson and ProstaScint for Jazz Pharmaceuticals, and it is doing process development and clinical manafacturing for biotech companies.

Gallus has modest debt, but it has gotten grants and tax breaks from the State of Missouri and the County of St. Louis. And Bamforth remains adamantly in growth mode. Gallus does, after all, own 15 acres in St. Louis that could accommodate another 100,000 square feet of lab space.

“We’ve had fruitful discussions about collaborations, and we’re recruiting grads from universities,’’ he said.

And more acquisitions?  He won’t name names, of course, but “we are already looking at a few.”

Why isn’t that a surprise?

5 Reasons Why You Should Attend SXSW Next Year