2012 FIRST Championship: A Robotics Competition For A Younger Generation

The 21st annual FIRST Championship, a competition that engages a younger generation with the science of robotics, played out this past weekend in St. Louis. This year’s competition drew in more than 30,000 attendees, including big name celebrities like will.i.am of The Black Eyed Peas and basketball star Kareem Abdul-Jabbar.

FIRST (For Inspiration and Recognition of Science and Technology) began in 1989 with a modest event in a high school gymnasium in New Hampshire. The not-for-profit organization was founded by inventor Dean Kamen, who aimed to “inspire an appreciation of science and technology in young people.”

The competition is open to both children and teenagers up to the age of 18 from all over the world. Each of the four main competitions are designed to explore different technological challenges tailored to specific age groups.

FIRST’s main competition is the Robotics Championship, which is open to high schoolers from 14 to 18 years of age. Teams were given a limited amount of time and resources to build their robots, who were required to be both branded and sponsored. This year’s challenge was called “Rebound Rumble,” requiring teams to form alliances and sink as many basketballs through hoops as possible within a single two minute and 15 second match. The winning alliance consisted of S.P.A.M. from Florida, Arkansas-based team Bomb Squad, and Raider Robotix of New Jersey.

This year’s secondary competition, called “BOWLED OVER!”, pitted high school teams directly against one another. The objective of the Tech Challenge Competition was to create a remotely controlled robot that could collect and place racquetballs into stackable creates, and finally push a bowling ball uphill to win bonus points in the last minutes of the competition. Teams from Kentucky, Florida, and Virginia made up the winning alliance for this year’s Tech Challenge.

Kindergarten and elementary level entrants participated in both the LEGO and Junior LEGO League competitions, which aim to “introduce younger children to real-world engineering challenges by conducting research projects and building LEGO-based autonomous robots to complete tasks on a thematic playing surface.” Both groups were given a “Food Factor” challenge, where teams had to create robots to explore the process of food safety and preparation.

Participants in the competition are able to apply for college scholarships through FIRST, who is providing 686 scholarship opportunities totaling nearly $15 million in financial aid this year. 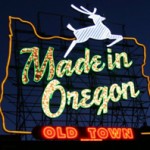