Home > Blog > 10 Reasons To Launch A Startup in St. Louis

10 Reasons To Launch A Startup in St. Louis

You should launch your startup in St. Louis.  Yes, it may surprise you but St. Louis’ startup scene offers your startup some unique opportunities you won’t find in the Valley.   Anyone can move out to San Francisco and pay $2000/month for a one bedroom and even more for office space.  Here’s the thing, entrepreneurs: you don’t have to be in the Valley.  With the current boom happening in digital startups, chances are your first client/user doesn’t live in San Francisco anyway – they can be anywhere.

As more entrepreneurs figure out they can have a high quality of life AND build their startups, cities are recognizing the value startups bring in the form of tax revenue, the creation of high quality jobs, and an influx of creative energy that is good for any city.

More than other cities, St. Louis has muscled its way into the digital arena and all signs point to the ecosystem there not only growing but accelerating fast.

Here are 10 reasons why an entrepreneur would be wise to consider St. Louis as a place to launch their startup.

Startup salaries are not known for being large.  Stories abound of people renting out their apartment’s bedroom on airbnb while they sleep on the couch, their car, their friend’s couch, and so on.  Here’s some good news: You CAN afford to live in St. Louis, and you don’t need a huge salary to do it.  Here’s how St. Louis compares to other Tech-Hub cities in cost of living: 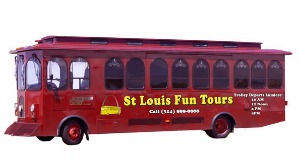 St. Louis beats all comers in a landslide victory.

If you’re an entrepreneur raising capital, there are VCs in St. Louis looking for quality deals to fund.  Rick Holton, a VC running a fund in St. Louis said, “I’m actively looking for deals to invest in right now and don’t have enough.”  When VCs say they are looking for more deals to put money into, that is a very, very good sign for entrepreneurs.

If you’re on to the next big thing, there are VCs in St. Louis, and they are looking to invest.

8. St. Louis Angel Investors Are Looking For Deals Too 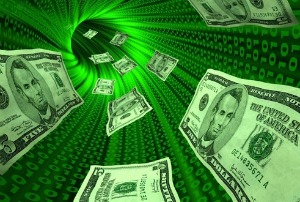 While VCs and Angels often run in the same circles and sometimes cross lines in what they will or won’t invest in, they are different beasts for entrepreneurs to tackle and have to be approached in different ways.

The good news: St. Louis’ Angel Investing community is on the hunt for deals just like the VCs.  One well known group, St. Louis Arch Angels is on AngelSoft and if you are interested, check out their information for Entrepreneurs here and submit your business to them.

St. Louis is home to some of the nation’s biggest financial services organizations and FinServe Tech Angels was founded (according to their website), to provide

The key takeaway from that statement? “…brings them to St. Louis.” Its pretty clear St. Louis is serious about getting deals done and funded.

Arch Grants is a new non-profit in St. Louis, awarding over $500K to startups willing to relocate their businesses to the Gateway City in the form of $50K grants awarded to at least 10 startups and potentially as many as 15.

According to Executive Director Sarah Spear, “Arch Grants is a non-profit formed to kick start downtown St. Louis’ entrepreneurial ecosystem.  We are here to show St. Louis is serious about being an entrepreneurial hub and we’re tired of the coasts viewing us as ‘Flyover Country.’”

The deal is very attractive: Startups that win a grant are awarded $50K in non-dilutive, equity free funding.  In startup terms, that’s as good as it gets.  Your company gets $50K and all you have to do is move to a city whose cost of living is more than likely to cost less than where you live now.

Arch Grants is currently evaluating over 420 applicants that applied and will announce the winners on May 7th. After one year, the winners of the Arch Grants will have an opportunity to qualify for a follow on grant of $100K for their business.  And yes, its still equity free, non-dilutive money.

Bummed out you didn’t get to apply for this round of Arch Grants? Not to worry as the applications for the next round of grants will be kicking off later this year.  (Keep checking Arch Grants website for details.)

The popularity of Accelerator programs across the country has given birth to some fantastic startups and St. Louis has an option available as well.

For those not quite clear on the concept, Accelerators work by investing a small amount in participating startups (around $20K) and in return the startups give up a small amount of equity, anywhere from three to eight percent.

In return, over a 90 day period startups are given access to mentors, introduced to a wider circle of contacts and usually culminate in a ‘Demo Day’ where the companies show off what they have accomplished and are exposed to potential Angel and VC investors.

Capital Innovators was started by Judy Sindecuse and is a bit different than other Accelerator programs. CI invests $50K in participating startups for a 12 week program.  CI has two application periods each year and only accepts 5 startups per class.  In a short time frame, CI has emerged as one of the leading standard bearers for the St. Louis startup ecosystem.

Sure, a low cost of living and access to capital are important, but what about the culture?  Startups like to mingle with other like-minded folks and don’t want to exists in a digital wasteland.

St. Louis’ current digital entrepreneurs are creating a tight knit community of people and several different groups and people have come together to find ways of enhancing the scene.

Encouraging entrepreneurs to, “Build Something Gigantic,” T-Rex gets its name from the building it occupies.  (It’s formal name is Tec @ Railroad Exchange Building, hence T-Rex.)

Located in St. Louis’ up and coming downtown, T-Rex is a non-profit space located close to everything in St. Louis’ downtown and best of all, rent starts at around $150. Per month.  Yes that’s the truth. (You saw the part about cost of living up above, right?)

Rent gets companies’ high-speed internet access, a working environment where like-minded entrepreneurs share ideas and successes together and an office with a door that closes.  You know, for when you need to make a sales call/curl up in the fetal position and cry because you made the web app before the mobile one.  Stuff like that.

As a bonus, there are Tyrannosaurus Rex’s (Rexii?) decorating the walls all over the place.

3. Show Me State is #6 For New Entrepreneurs

According to the Kauffman Foundation’s annual ‘Index of Entrepreneurial Activity,’ Missouri is ranked sixth among all 50 states in entrepreneurial activity. That is a considerable improvement from 2009, when the state ranked next to last in 2009 and in 2010 came in 35th place.

Currently, four out of every 1,000 Missouri residents are starting a new entrepreneurial venture.  This puts Missouri right behind Arizona, Texas, California, Colorado, and Alaska. With all the activity happening in St. Louis now, it shows no signs of slowing down.

Lockerdome is a Sports Social Network/LinkedIn mashup that allows athletes to create profiles and, as the website says, its “where athletes are found.”

Lockerdome recently expanded its offices in St. Louis and was selected as one of 25 companies to present at the Silicon Valley Showcase event. (Techli first covered Lockerdome last July.)

Gremln provides a social media toolkit to companies so they can control their social media profiles and track important metrics associated with those accounts so companies can track their impact on existing and potential customers. (Techli originally covered Gremln here:  Gremln Helps Businesses Sell More With Social Media)

Both companies went through the Capital Innovators Accelerator program and are blowing up fast in their respective spaces.  While both companies are successful, they are a small sampling of the current crop of successful startups located in St. Louis doing big things.

Having a built in cadre of successful startups is always a good thing for a digital ecosystem to truly thrive.  Some of St. Louis’ current entrepreneurs will no doubt exit over the next few years and some of them will become investors themselves in the next generation of entrepreneurs to come up.

If you like sports, St. Louis is your kind of town.  If you like eating, restaurants abound and if Mardi Gras is your type of thing, try checking out the nation’s biggest Mardi Gras celebration outside of New Orleans in the French District.  In a city dripping with history, there is plenty of culture to keep anyone satiated, if/when you ever take a day off from growing the business, of course. 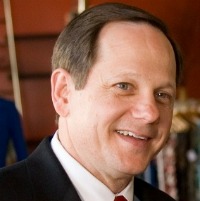 People in St. Louis definitely exude the friendly, Midwestern vibe that can be missing on the coasts and are quick to offer a helping hand- St. Louis’ Mayor, Francis Slay, is promoting the great things happening in the St. Louis startup scene in his personal blog

St. Louis is referred to as the Gateway City due to the numbers of immigrants that passed through it on their way to settle the West.  With what feels like the whole city pulling for the Digital Ecosystem, St. Louis is definitely a great place to launch a startup.

Have Startups Jumped The Shark?