10 Greatest Startup Failures Of All Time 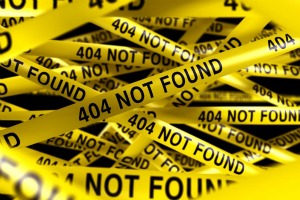 With all of the billion dollar valuations for startups being thrown around these days, it’s easy for anyone to think that they’re a six-month Ruby on Rails class away from building “the next big thing.” Billion dollar acquisitions and valuations have captured the imaginations of many entrepreneurs.

Despite investors handing out millions of dollars like it’s Halloween candy, don’t forget that startups are still a risky business. Let’s take a look at some of the greatest startup failures of all time to demonstrate that sometimes even hundreds of millions of dollars can’t save a startup in free fall. 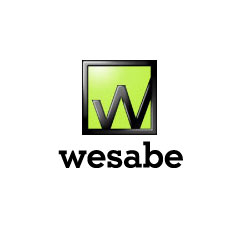 What it was: A web-based personal money management tool.

What happened: Competing personal money management tool Mint launched in September 2007 at the TechCrunch 40 conference with a better design and easier user experience. Two years later, Mint was acquired by Intuit for for $170 million.

What the experts say: According to Wesabe cofounder Marc Hedlund, Mint decided to use screen-scraping financial data aggregation service Yodlee while Wesabe decided to built its own financial data tool. It took too long for Wesabe to build it, and as a result Mint has a better, easier to use service.

What it was: An ambient photo sharing app.

What happened: Early adopters were put off by both the confusing interface and the lack of privacy controls. In fact, all photos taken with Color were public, and anyone in the proximity of the original image poster could see them. Soon after the app’s debut, cofounder Peter Pham resigned. Color pivoted to allow users to broadcast live from their phones to Facebook. Currently, Color has under 4,000 followers on Twitter.

What the experts say: According to tech pundit Robert Scoble, Color failed because it had a bad launch. Scoble attributes this to: “bad UI, bad timing, and noise from funding level.” He also notes that the churn levels were very high because users couldn’t figure out how to operate the app effectively.

What it was: Pay By Touch allowed users to pay for goods and services with a swipe of their finger.

What happened: Charismatic CEO of Pay By Touch John P. Rogers was accused of domestic abuse, drug possession, and spending company money extravagantly. By May 2007, the company was unable to make payroll. San Francisco investor Phillip Bright said that Rogers was “worse than a drunken sailor.” Pay By Touch shut down the following year.

What it was: A visual search engine.

What happened: SearchMe’s high burn rate and use of flash resulted in low visitor numbers. The company could not secure additional funding and had to shut down.

What the experts say: According to Jon Whittle, cofounder of SearchMe competitor Oolone, SearchMe failed because it raised too much money too fast. Taking on $25 million in venture capital meant that SearchMe had to perform fast, or suffer the consequences. Unfortunately, it suffered the latter.

What it was: A peer-to-peer on demand video player launched by Skype and Kazaa founders. It was backed by CBS and Viacom, and had secured content deals with CNN, the NHL, Sony, CBS, and Viacom.

What happened: Unlike inbrowser video players like Hulu and Netflix,  Joost requires users to download ad-supported videos. In 2009, Joost’s assets were acquired by Adconion Media Group and 90 percent of the staff was laid off.

What the experts say: According to Tech pundit Michael Arrington, the tech celebrity founders tried to solve a current problem with “yesterday’s solution.”

What it was: A search engine aimed to directly compete with Google. Cuil claimed that it could index web pages faster and cheaper than the search giant.

What happened: Cuil was shut down after an acquisition deal fell through.

What experts say: Danny Sullivan of Search Engine Land questioned the size and relevancy of the search results and predicted its demise.

What it was: A british-based company that sold branded fashion online.

What happened: Boo.com exemplified the dot-com crash of the late 1990s by folding within two years and burning through $135 million in 18 months.

What experts say: Tech writer and pundit Tristan Louis worked for Boo.com for a short time and detailed its fallings in his writing. Strategic moves that contributed to the failure of the company ,according to Louis, include launching in multiple currencies on day one, launching in multiple languages, poor tax calculation, and the use of multiple fulfillment partners.

What it was: Reactrix Systems provided interactive advertisements to malls on behalf of major brand partners.

What happened: Revenue dried up during the economic crash of 2008. As advertising budgets dropped off a cliff, the most experimental forms of advertising with difficult to calculate ROIs were cut first. The company did not conserve enough cash to sustain the business.

What experts say: An article in Digital Signage News claims that the overhead and the cost of production buried the company during rough economic times.

What it was: An ad-supported free and legal music download service.

What happened: The startup issued secured notes in order to borrow at least $9 million during its final year in operation and could not pay up when the loans were due. The service also did not catch on with users, while at the same time offering less than growing platforms like iTunes.

What experts say: There is more to the story than debt repayment, according to CNET writer Greg Sandoval. Sandoval claims that a clash between CEO Mel Schrieberg and company founder Joe Mohen can to a head in an ugly power struggle.

What happened: Friendster was founded by computer programmer Jonathan Abrams the year before Myspace was founded. Google offered to buy the company for $30 million but was turned down. A string of CEOs and a crash in both users and value finally placed the company in the hands of MOL Global, one of Asia’s biggest Internet companies. MOL Global discontinued the social network and turned the site into a gaming and entertainment destination.

What experts say: Turning down Google’s offer was one of the biggest mistakes in Silicon Valley history according to the Associated Press.

What is your favorite epic startup fail?

Reasons of failure I read above are suggested to be all due to technical or implementing failures.  I don’t believe this. There are many examples of tech companies with failing products who have been successful. Most tech companies fail simply because, at the time of launching, they do not scratch a user’s itch….

No wonder they fail, how many search engines there may be?!