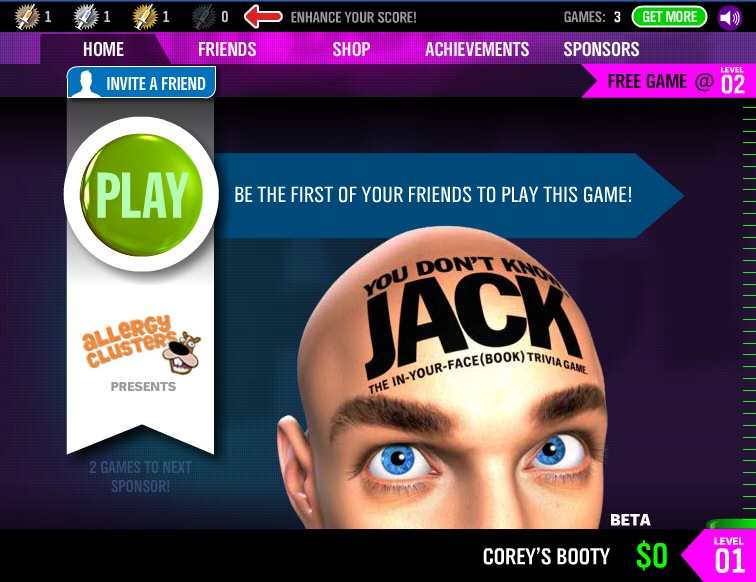 Jellyvision’s popular 90s trivia game You Don’t Know Jack recently made a comeback on current generation consoles, and has this week officially made the transition to full-fledged Facebook game. The free-to-play app has all the quirky trivia fun of the full release, allowing you to compete directly with your friends and other users across Facebook.

The game plays out as a bizarre TV game show. Each question is full of pop culture references and posed in strangely clever ways. For instance, a question about hippo mating rituals might ask, “Imagine one of the hippos in the game Hungry, Hungry, Hippos starts courting a female from across the board. If he performs the mating ritual of an actual hippo, what will he do?” I won’t spoil the answer, but I will say it’s both surprising and gross. 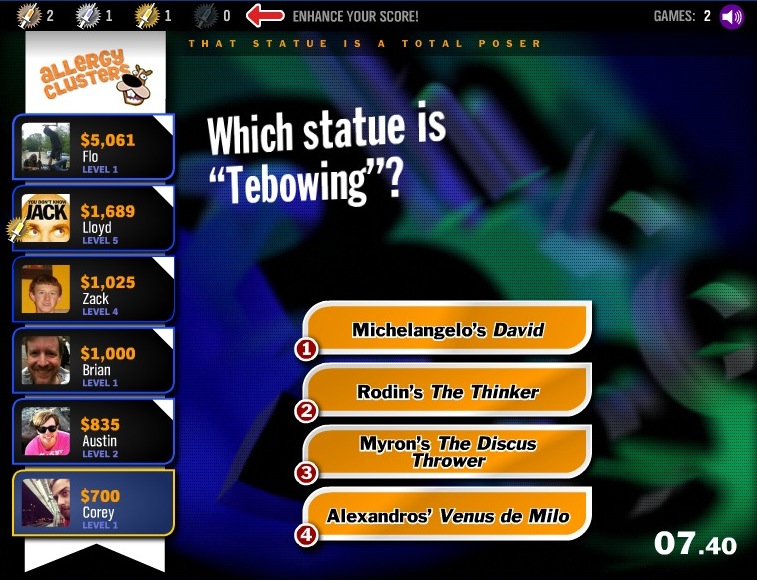 It’s just this kind of clever writing that makes You Don’t Know Jack much more than a silly trivia game (which it still is underneath all the production). The fake gameshow’s iconic, bald host, Cookie Masterson, adds a lot of flavor too, providing funny preambles and berating you when you guess the wrong answer.

Even the fake sponsors are back and maybe funnier than ever. Just fire up the game and listen to the Animal Lovers’ Boutique ad – I dare you not to laugh. “Snake garters, studded dog collars for mice,” a male voice whispers. “Lacy armadillo stockings, horse panties.”

The games are rather short, though it feels like an appropriate length for a Facebook session. Each episode contains four standard questions, which are either multiple choice or one of the other odd variations the game has up its sleeve. The final part of the game is called the Jack Attack, where players have to pair words quickly based on a single theme. As you win games you win more cash and level up. Each level gained unlocks more episodes for you to play, though it’s not clear yet how many there are currently available to players. 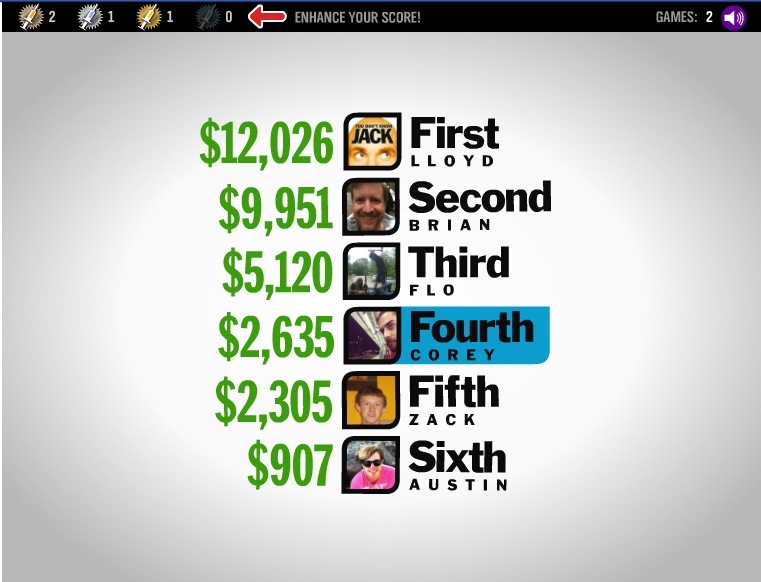 Jellyvision CEO Harry Gottlieb demoed the game during last month’s Technori Pitch in Chicago. When asked why they didn’t simply license the game to a popular Facebook game maker like Zynga, the CEO said, “Because we want them to buy it.”

Whether you’re a long time fan of the series or a YDKJ virgin, the game is definitely worth checking out. Even when you’re losing by a couple thousand (and it will happen a lot), there’s enough humor thrown at you to keep the game very entertaining.