Home > Blog > Wanderfly: Find Where You Want To Go, Wanderfully

THE GIST: Self-described as “Pandora for travel,” Wanderfly does something unique with those interesting variables other travel sites sometimes overlook. From the start you can set the basics such as departure location and final destination, date and desired price range of travel, but Wanderfly works on the basis that often travelers aren’t sure where exactly they want to go.

HOW IT WORKS: On the main page there is a simple layout of interests to mix and match, including art, landmarks, singles, and adventure experiences to name a few. Based on whichever options you choose, the website comes up with a large selection of unique, tailored travel experience based around your specific budget and interests. It’s an easy choice for the traveling enthusiast, to be sure, but it’s also a sort of a wonderful roulette wheel for the destination ambivalent. Even if you aren’t planning on going anywhere soon, Wanderfly makes it fun and easy to play around with all of those endless, enticing possibilities.

BACKGROUND: Conceived in 2009 and launched in New York City in 2011, Wanderfly is the creation of CEO Evan Schneyer and co-founders Christy Liu, Jorge Trujillo and Cezary Pietrzak the same team behind the digital marketing consultancy service Living Breathing. On the company’s blog Pietrzak describes Wanderfly as “a natural extension of our vision to create something extraordinary together.”

ACCOMPLISHMENTS: Since its inception, Wanderfly has been named one of Entrepreneur’s Top 100 Brilliant Companies and a Top 10 Startup by Time Inc.

FUTURE: Wanderfly’s bright future is apparent, particularly for a company that’s been around for only a little over a year; in October the company secured a partnership with The New York Times, allowing them to link and suggest locations based on the NYT’s travel pages. The company also has partnerships with hotels.com and Jetsetter to share special offers among users. In May they launched Wanderfly 2.0, adding a personal trip planning tool called “My Wanderlist,” which works as a kind of wish list for travel enthusiasts, as well as Facebook integration for users who want to share and coordinate their vacation travel plans with friends. 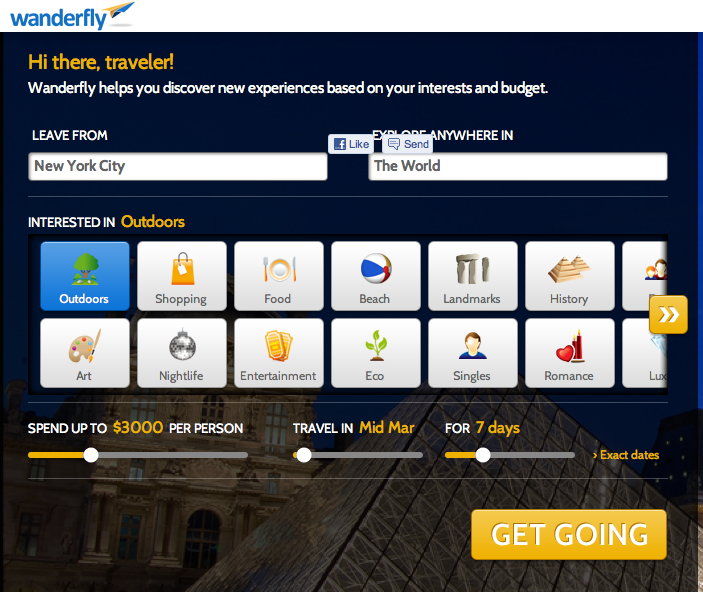 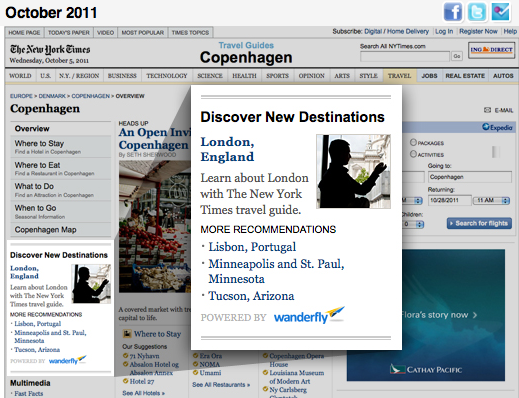