The Occupy Wall Street movement has taken shape as a powerful, yet increasingly convoluted, social movement that is no longer just occupying New York’s Zuccotti Park. The Occupy movement has spread to 784 other cities around the world, and like with many movements these days, the growth wouldn’t have been possible without social media.

OccupyTogether.org is a website where movement supporters all over the world can find one and other and connect, and they’re using the social networking portal Meetup to facilitate this. While Meetup is often used to connect sushi lovers in Houston or skeptics of the Midwest, it is currently being used for something much more political. 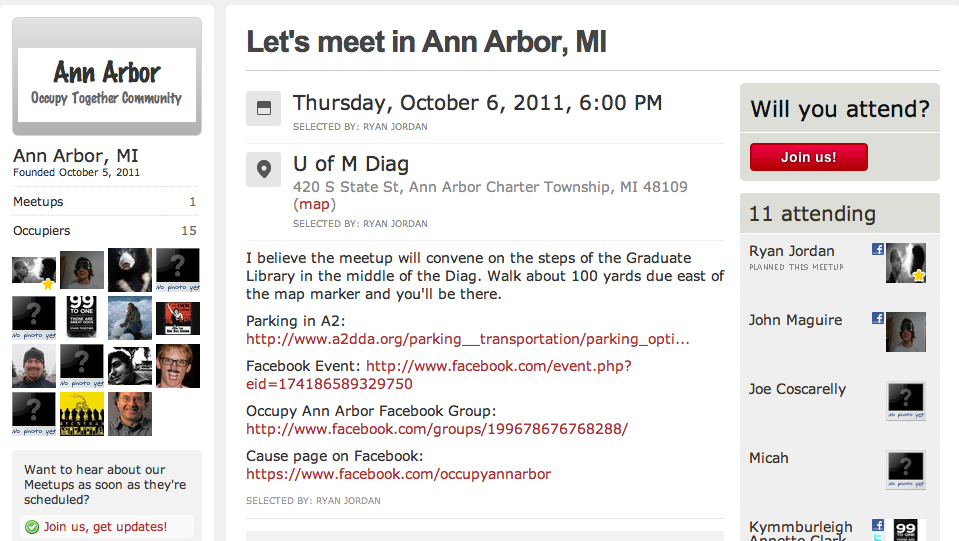 Meetup isn’t the only alternative social network being used by protestors. Vibe is an iPhone app that you can use to anonymously chat with a large crowd. A “whisper” reaches those within 160 feet, while a “shout” reaches an audience of three miles, and a “bellow” can reach worldwide. For larger scale communication, protestors are using Internet Relay Chat. Created in 1988, IRC was the first real-time chatting platform. It’s unclear why this has been the chosen one, but it seems to fit with the anti-capitalist, underdog image that is consistant with the movement.

Occupy Wall Street has also been relying heavily on a popular choice for many grassroots campaigns. Supporters have also created a Tumblr account called We Are the 99%. 99% refers to the percent of the population that our current economic system does not benefit, while only 1% of the population is thriving. The Tumblr page allows people to submit their personal 99% stories. 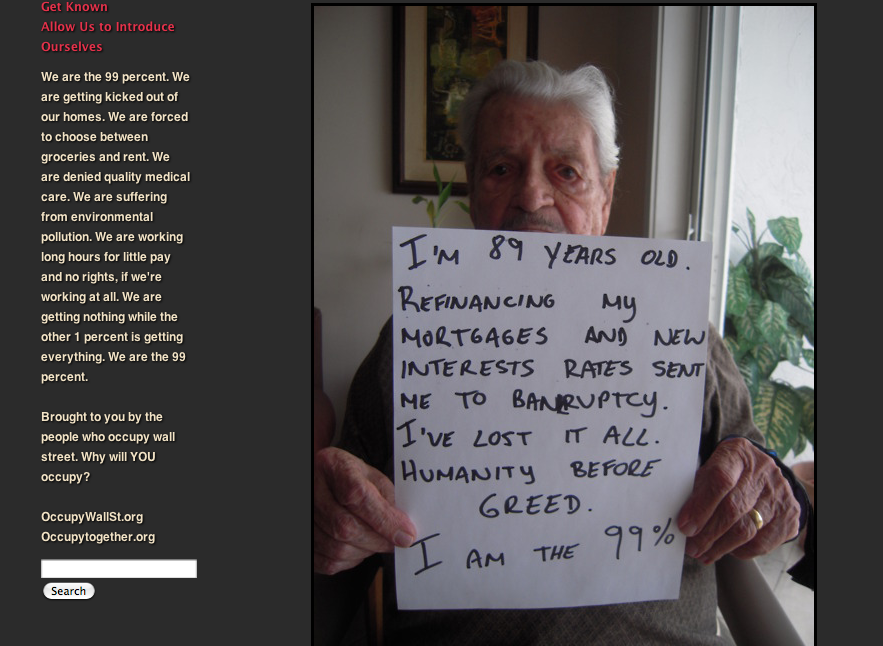 Although Occupy Wall Street supporters have relied heavily on alternative social media platforms, the movement has also been extremely active on more popular platforms like Twitter, Facebook and YouTube. The #occupywallst hashtag has allowed for discussion and discourse from Twitter users all over the world. There have been thousands of Youtube videos uploaded, including the infamous video of a young woman being pepper sprayed by a cop.

Anonymous, the hacker group responsible for WikiLeaks, vowed to uncover the identity of the cop, which they did shortly after the video was released. “Because the protest was continuously documenting itself, it was hard to tell who was participant, who was reporter, and who was tourist, snapping photos for their Instagram feed as they would of their cat or their breakfast,” noted Kat Stoeffel of The New York Observer.

This is a prime example of how social media is facilitating meaningful citizen journalism. Occupy Wall Street has received minimal coverage from traditional media outlets. Though the protests started September 17th, coverage is just now starting to pick up. From intense discussion on forums like Reddit, heart wrenching stories on Tumblr, and YouTube videos providing justice, the bond between social media and social movements is continually strengthening.

[…] protest isn’t complete without a few good hackers (am I right, Julian?). The most tech savvy Occupy Wall Street activists have stepped up to the plate to create tools for Occupy movements across the […]