Are You Popular? 200 Startups Want To Give You Equity For Free

Imagine it’s February 4, 2004. Mark Zuckerberg approaches you about beta testing a new product he just launched, The Facebook. As an early adopter your job will be to test drive the initial version of Facebook, providing Mark and his team with feedback while also promoting the site to all of your friends. In exchange, you’ll become an instant shareholder in the company. This is the concept behind the new Minneapolis-based “Klout meets Kickstarter meets Sharktank” startup Wahooly.

Say your startup wants 5,000 users to beta test the minimum viable product. Simply contact Wahooly and answer a short series of questions to determine the viability of your product in the marketplace. If accepted, you will negotiate with the Wahooly team about how much equity you are willing to provide in exchange for X number of users.

As a member of Wahooly you will be notified 200 times over the course of a year. Each time you will be presented with an interesting startup and have the opportunity to earn a shareholder’s position. The amount of equity you receive is dependent upon your willingness to become an active voice for the brand. If you want a small percentage simply create an account, if you want a larger percentage become an active user and promoter of the product. Wahooly claims to use a”geeked-out algorithm” to track how influential brand advocates become.

“We’re at a point in media unlike ever before. Any person, no matter their chosen social network, can become an influential broadcaster, as many already have. Google saw this trend early on with bloggers. They recognized that while individual bloggers may not have the ability to move the needle for companies, together, their reach is infinite. Google developed AdSense. Bloggers were able to monetize their efforts and companies reaped the benefits of their individual influence. This is where Wahooly is headed. We’re creating a platform for companies to tap into collaborative influence of social networkers. Meanwhile, we’re creating a long-awaited ROI for the influencers” -Wahooly CEO Dana Severson on the long term goal of Wahooly. 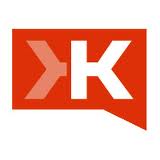 Currently Wahooly is accepting 200 startup applicants and 25,000 member applicants for the first round of the process. Wahooly is also partnering with the influence powerhouse Klout by providing users with a Klout score above 45 an opportunity to be a part of the first 25,000 members. In order to verify the seriousness of those signing up the next step in the process will involve a $5 deposit which will be fully refundable. Wahooly offers a unique opportunity for members to transform their social media influence into equity of the next big thing.

*UPDATE: Launch is reporting Wahooly is signing up 400+ people a day whose Klout score is 45 or higher.
#equity#shareholder#slide#social#Social#Startup#Startups#wahooly