For a venture with its visibility, Twitter tends to be something of a quiet giant – periodically stretching to brush up its brand, but making few changes to its basic, successful service. 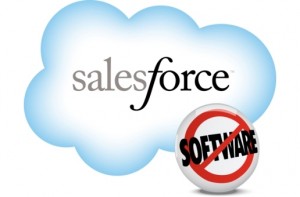 Recently, though, the company has made some waves by reaching out to new audiences and making the platform friendlier to brands with curated hashtag pages. Now, in a new development, the company says it will partner with customer relationship management outfit Salesforce in a move that will give the latter company access to 400 million tweets for use in data analysis.

The details of the arrangement, which Salesforce said would help subscribers to its Radian6 service better “listen, fuel engagement and gain customer insight,” were not immediately clear.

“This partnership with Salesforce Radian6 is a continuation of an existing relationship between Radian6 and Twitter by which Twitter provided public Tweets to help brands understand the conversations that are relevant to them and their products,” said Carolyn Pernner, a Twitter representative. “This partnership gives them access to the Firehose of public Tweets to power their products.”

In broad strokes, Salesforce will use the onslaught of messages sent over the microblogging service to provide clients with more accurate analysis about how users are interacting with brands. Company spokespersons have also alluded to the Twitter partnership being used by customer service departments to provide technical assistance via the site.

Radian6 first worked with Twitter in 2009, before it was acquired by Salesforce last year. That deal had lapsed prior to this week’s announcement.

“Companies look to Twitter to connect with their customers in real time about the things that matter to them,” said Twitter vice president of business development Jana Messerschmidt. “Salesforce.com understands how to facilitate these interactions. Combining the power of Salesforce Radian6 with Twitter helps companies understand and respond to their customers as these conversations are happening.”

Twitter’s basic functionality is so immutable that some of most notable developments around the site have involved other parties providing novel avenues or features to the service, as when the International Space Station sent the first tweet from space, or when the Sunlight Foundation built a tool that catalogs deleted tweets by elected officials.