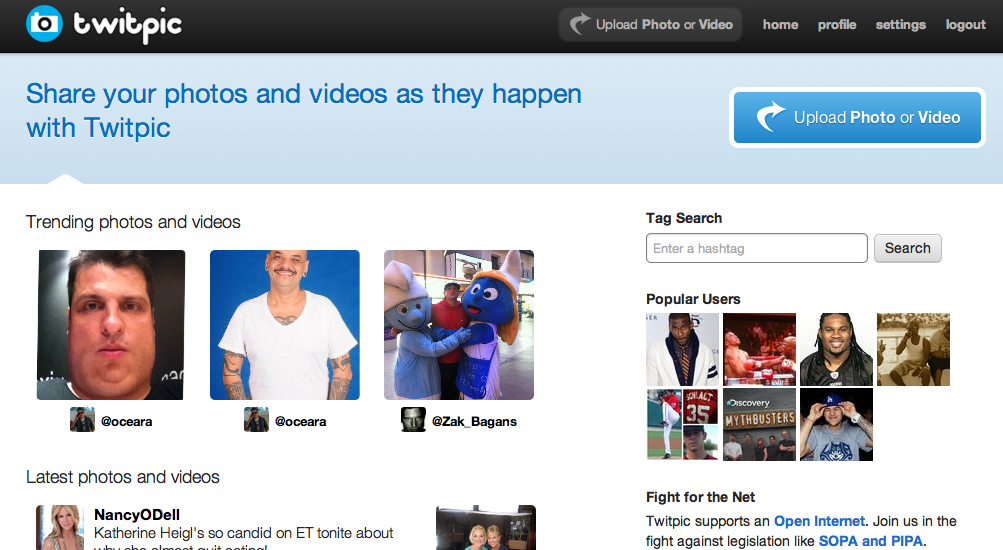 TwitPic, the popular photo and video sharing platform, is launching a newly redesigned interface this afternoon. The new interface features a new logo design, a fresh look, and a more intuitive live feed of everything being uploaded across the platform.

Testing out a new design, let us know what you think

TwitPic was one of thousands of tech companies to participate in the January 18th Internet blackout to protest against the proposed SOPA and PIPA legislation. TwitPic’s informational SOPA and PIPA page feature a variety of helpful resources including a built in widget powered by Grassroutes which allowed users to call their Representative directly from the page.

I reached out to Ryan LeFevre, the Software and Systems Engineer at TwitPic, to ask him about the inspiration for new design.

“The inspiration for the design was to give TwitPic a visual overhaul, but to keep it as clean and simple as possible. Since TwitPic is used by such a wide audience, it’s essential that every element in the design is as straightforward as possible.We felt that, since we have some new features coming up on the radar, that TwitPic was overdue for a visual overhaul.So this is really just the first launch of many coming up.”

TwitPic has always been about simplicity in sharing, and I believe this new design holds true to that philosophy.