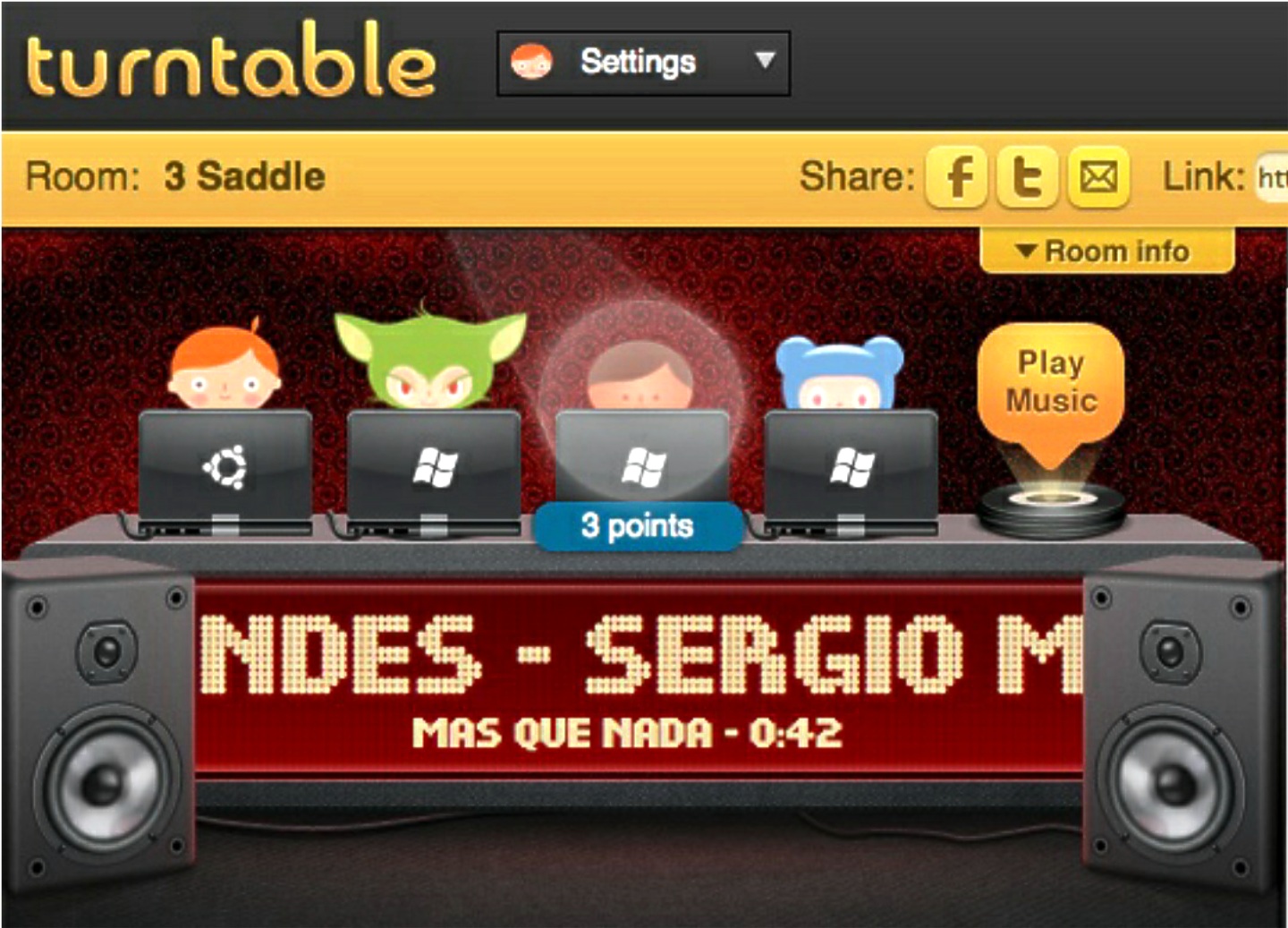 Ever since I discovered Pandora, I have not strayed from my preferred music provider. Other services have come along, but none with the qualities that mattered most to me: finding new music, giving some feedback (thumbs up or down) and creating new stations. But last week I was turned on to turntable.fm; it not only has all the great qualities of Pandora, but has an added edge- music made social.

Turntable.fm is a virtual concert venue of different rooms based on pretty much whatever the room’s creator wants: typically by genre, but anyone can play any music. That’s right, the people in the room act as the DJ’s. 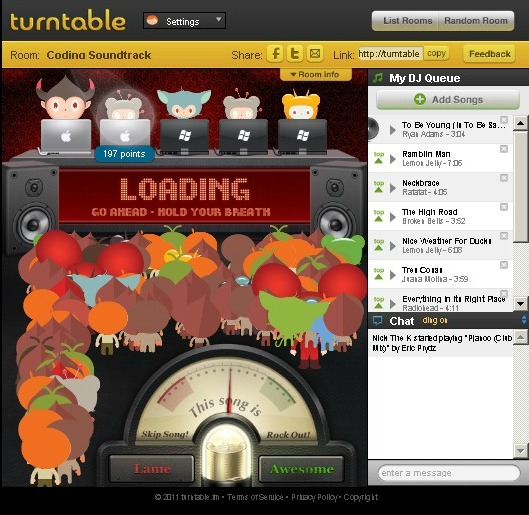 In the front of the room are 5 turntable spots, which can be occupied by anyone in the room (assuming a spot is open). The DJ’s are rotated on a per-song basis, and you can DJ as long as you like. Your playlist can be garnered from the quite extensive available songs or you can upload from your own selections. The top song on your list plays and then it moves on to the next DJ, making you wait 4 more songs until you get another shot.

As an added bonus, you can chat with everyone in the room. Fun discussions about the songs get people involved, and makes them stick around. The listeners get to rate the songs with a rating of ‘awesome’ or ‘lame’ which gives the DJ who played the song points. Points add up and you can change your avatar based on how many points you’ve acquired. Giant gorillas are the cream of the crop.

Turntable.fm is still in beta. I’d like to see more features, like being able to follow DJ’s you ‘fan’ and working out the kinks on the occasional lag time between songs. But it won’t stop me from playing it every single day. Perhaps BetaBeat summed it up best “biggest threat to productivity today: turntable.fm.”

There is a lot of buzz surrounding investment in this company. According to TechCrunch, as of last week, the start-up has not yet finalized any additional rounds of investments. In fact, there are quite a lot of rumors surrounding large offers from top-tier VCs .

But is all this just hype? Music sharing does raise some eyebrows on copyright problems. And turntable.fm may have to deal with some legal challenges against music label companies.

CEO Billy Chasen declined to comment on the project, saying “I’d love to, but we’re not giving interviews until we open up our private beta.  I’m more than happy to talk then (which should be hopefully a month or so).”

I’ll be taking him up on that. We’ll keep you posted.

Startups That Remind Us How Fun The Web Can Be