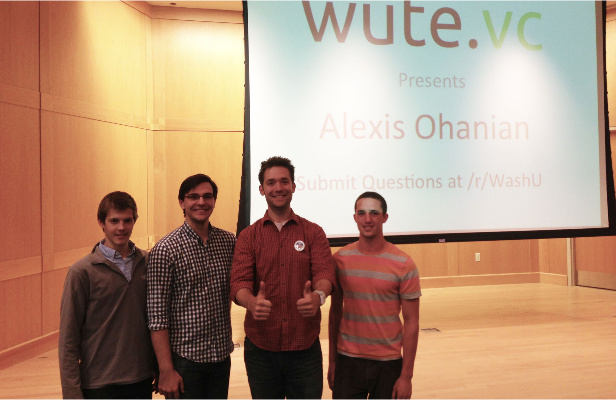 wute.vc started as a student group at Washington University in St. Louis with the goal of connecting students with venture capitalists and seasoned entrepreneurs. At their most recent event, a remote Hangout with VC and author Brad Feld, the St. Louis startup community was invited to attend, and the response was quite positive – to the point where there were more non-students than students. Watch the video of the Brad Feld event at the end of this post.

Tomorrow, wute.vc is running another open event with Union Square Ventures partners Albert Wenger and Fred Wilson. They will be giving a remote speech about technology venture capital in 2013, followed by a question and answer session. The event is being held on Tuesday, March 5 at 5:00 PM in Room 106 of Simon Hall on the WUSTL main campus. All WUSTL students and St. Louis startup community members are invited to attend.

Albert Wenger holds a Ph.D. in Information Technology from MIT, and he served as the president of del.icio.us during its acquisition by Yahoo. He blogs at Continuations and tweets at @albertwenger. Fred Wilson co-founded Union Square Ventures. Fred publishes the blog A VC and tweets at @FredWilson.

USV is a venture capital firm based in New York City that invests in information technology enabled services and manages $450 million across three funds. The firm currently has investments in Boxee, Codeacademy, Disqus, Dwolla, Etsy, Foursquare, Kickstarter, Skillshare, SoundCloud, StackExchange, Tumblr, and Twitter, among others. Its previous investments include Behance (acquired by Adobe), Del.icio.us (acquired by Yahoo!), FeedBurner (acquired by Google), and Zynga (ZNGA).