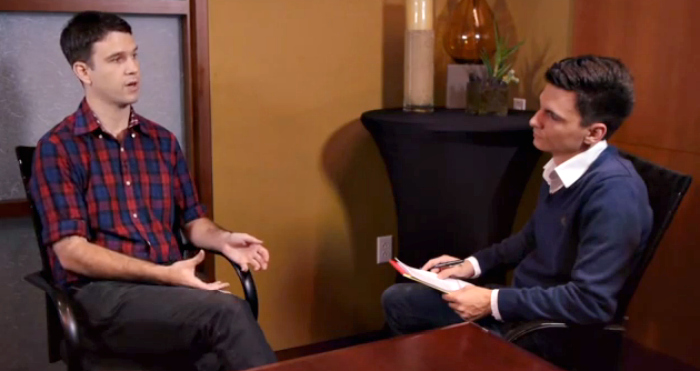 Here at Techli, we are excited to support entrepreneurs. We love the startup scenes in smaller cities across America, and we are especially interested in getting more people involved in startups. One of the best ways to enter the startup ecosystem is to learn how to code. Because of this, we are obsessed with Treehouse, an online monthly subscription service that provides educational material for students learning web design, mobile development, business, and more. We are thrilled that Nick Pettit, leader of the teaching team at Treehouse, has written this guest post to share with our readers. In this post and accompanying video, Pettit interviews web developer Paul Irish.

Paul Irish is a web developer and a member of the Google Chrome Developer Relations team. He’s been a part of many noteworthy projects including jQuery, HTML5 Boilerplate, HTML5 Please, and more. In this interview, Nick Pettit talks to Paul about the increasing complexity of front-end development, careers paths, HTML5 Boilerplate, and several other topics.

Check it out – Kathryn

Nick: Our mission at Treehouse is to bring affordable technology education to people everywhere, in order to help them achieve their dreams and change the world. As a part of executing on that mission, we’ve created instructional videos and interactive code challenges that teach with a project-based approach. This enables our students to learn how to solve real-world problems and obtain skills that will help prepare them for a job in the tech space. While that by itself is valuable, we want to provide students with a rich variety of material that includes knowledge from other experts around the web. In our exclusive Treehouse Friends interview series, Treehouse students are able to glean key insights from thought leaders in the industry.

Our most recent entry to the Treehouse Friends series is an interview with front-end extraordinaire, Paul Irish. Talent on the level of Paul comes in short supply, so it’s no surprise that he’s been involved with a huge variety of projects such as HTML5 Boilerplate, jQuery, Web Platform Docs, and more. He’s also a member of the Chrome Developer Relations team.

When I caught up with Paul in Palo Alto and we talked about his career, front-end development, time management, and several other topics. When I asked Paul about the variety of projects that he’s involved with, he revealed that his habit of writing everything down lead to the genesis of HTML5 Boilerplate.

Paul said, “…if I don’t write something down, I’ll forget it. So this happens in front-end development where you learn this technique of using media queries or the viewport meta and you need to keep track of this because this is the right way to do it for the
situation.”

The HTML5 Boilerplate project is a collection of the best ideas and practices that, at the time of its inception, were scattered around the web in various blogs and documentation. Paul said that he found himself copying and pasting HTML from one web project to the next and decided that it was time to create a general template for starting any new website.

I also asked Paul if he felt like the complexity of being a front-end developer had increased over the years. With so many parts of the front-end and so many tools to handle each part, it seems like the barrier to entry has increased for beginners.

Paul remarked, “A lot of front-end developers’ pain has been the old browsers that haven’t kept up with not only fixes but features that we want to use so that part’s getting easier. By the same point, the last three years have brought an enormous amount of features to browsers that we now get to incorporate and figure out the best way to incorporate.” In other words, front-end developers have to support older browsers while simultaneously pushing forward into the future; a non-trivial task indeed.

Treehouse Friends interviews are available to all Gold subscribers of Treehouse, and our latest interview with Paul Irish is completely free. Other interviews in the series include web designers like Chris Coyier, and business figures like Chamath Palihapitiya and C.C. Chapman. We also have upcoming interviews with Kevin Hale, Jessica Hische, Josh Elman, Chris Hutchins, and many more.