Chatroom Geeks to Hosting Moguls: The Rise of SingleHop 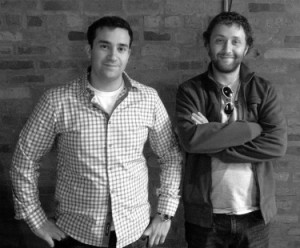 Zak Boca and Dan Ushman — the founders of the successful Chicago-based server company SingleHop — got their start in the online world the same way a lot of the Digital Generation did; in chatrooms on AOL.

“My screen name was ‘Biz’ and Dan’s was ‘Eggo,'” Boca said. “We met in a business chatroom and got to know each other there making tools to do fun stuff like kick people off AOL.” The tool Boca was referring to was known as a ‘punter’ and from that point on, their interest (and skills) in business grew.

“I was always interested in business,” explains Boca. “In Kindergarten we had a day when we could dress up as any kind of ‘Bear’ we wanted. Some kids dressed as ‘Fireman Bear’ or ‘Police Bear.’ I dressed as ‘Business Bear'”.

Boca lived in Bowling Green, Kentucky, and Ushman lived in the Chicago suburb of Palatine, Illinois. By the time each was in High School, they were both running their own online advertising network.

“It’s what was hot and seemed like a good thing to be in,” said Ushman. Boca added, “I found Dan online again, where his AOL name now was ‘CoderEggo’ and…” Here Ushman cuts him off and proclaims a bit too proudly, “I still own that name” and Boca continued, “We realized we both knew each other and thought we could create a business together.”

True to their digital roots, they never picked up the phone to talk to each other, instead communicating digitally. “Only online,” Ushman deadpanned.

Ushman and Boca said they “churned and burned” through various ideas for a business and finally settled on hosting after Boca’s hosting directory website started to grow into a success. “After I got my first check from a client for $13,000, I quit working at the pizza place I was at,” said Boca, “but still asked if I could get free food.”

Once they saw the huge opportunity in hosting, they launched Midphase — a shared hosting company they grew from 2003 to 2008.

“We made a deal with each other,” explains Boca. “If we could get 1,000 customers by our sixth month in business, we’d each quit school and move to Chicago.” One week before their self-imposed six month deadline, they signed up their 1,000th customer and the pair quit school. Boca jumped in his car and drove to Chicago, arriving on New Years Day in 2004. “I remember a tremendous amount of snow,” he said with a laugh.

After amassing over 80,000 customers by 2006 and realizing they had clients that were out-growing shared hosting they launched SingleHop. They sold Midphase in December 2007 for what Ushman describes as ‘enough,'” to which Boca quipped, “I say it was not enough, but it was good.” (A NDA agreement prohibits them from disclosing the financial details of the deal.)

They spent the first year of SingleHop automating all the processes that took up a majority of their time at Midphase. “We did no advertising that first year and our first two hires weren’t salespeople, they were developers to help us get everything automated the way we wanted it,” recalls Boca. The strategy was a success — Boca reports the average revenue earned per SingleHop employee currently averages $400,000 per year where their competitors tend to earn anywhere from $80K to $100K per employee. “We’re much more efficient about how we run our business and that plays a large part in our success,” said Boca. Revenues for SingleHop in 2010 were $12.5 Million and $24 million is projected for 2011.

Asked about plans for the future, Boca said they have a major new product launch coming in the next week that will put them even further ahead of their competitors. “We’re going to revolutionize the industry,” said Boca.

[…] This article from techli.com profiles SingleHop’s founders’ rise from nighttime programmers to owners of a hosting company that is expecting to double its revenue to $24 million in 2012. The article discusses the founders’ drive and focus on efficiency to build a unique and highly profitable venture. You can read the full article here: Chatroom Geeks to Hosting Moguls: The Rise of SingleHop. […]