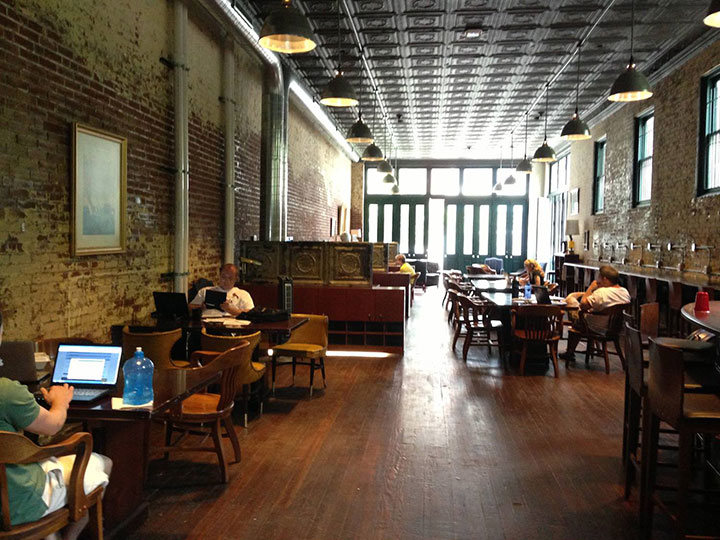 The Rise Of Coworking Spaces

If you have a desk job, you might spend most of your working hours at a traditional office – a space owned or leased by a company, designed for the employees of that company. You know the deal. Cubicles. Conference rooms. Kitchenettes.

But it’s becoming more and more likely – especially if you’re a freelancer, an independent contractor, or a startup entrepreneur – that your work environment looks nothing like that traditional office. You might work in a space with several other independent employees or small startups – a space you can use when you want, where you can share ideas, inspiration and resources with others.

These innovative shared spaces are the result of coworking – a movement that has changed the concept of the workplace as we know it. But how exactly did coworking get started?

Commercial leases were at an all-time high in the 1990s. Companies were hunting for affordable spaces to house their employees – spaces that were increasingly few and far between.

At the same time, the information and technology industry was growing – along with its uniquely flexible, innovative workforce. This combination led to a development that continues to impact the global workforce – coworking. One of the first coworking spaces in the world was created in Berlin in 1995, and the rest of the world quickly followed.

Coworking spaces – shared work environments available to remote workers, independent contractors and small companies – proved to be an innovative and cheap fix to these organizational demands. Coworking allows startups and and independent workers to utilize resources – like advanced technology, large meeting spaces and cross-industry collaboration – that they might otherwise be unable to afford or access.

From business incubators and conferences to day-to-day operations, coworking spaces are now found in most major metropolitan locations around the globe.

The history of coworking
Author and game designer Bernie DeKoven coined the term “coworking” to describe what he saw as the transformation of the workplace to the workspace. Also known as the “9 to 5 group,” this new domain has since transformed the global idea of the workspace.

Often aligned with a targeted field or sector, coworking spaces are typically branded with an identity all their own – one that is distinctly creative and innovative. An alternative to nomadic workspaces and cafe environments for freelance and independent workers, the coworking movement is now comprised of both private and public-sector remote workers.

The globalization of coworking
The United Kingdom has traditionally been the labor force most responsive to the concept of coworking. The number of coworkers and coworking spaces in the UK has increased exponentially since the idea was introduced, marking Britain’s urban shift to an almost entirely information and service-based labor force.

The demand for coworking spaces from tech startups, entrepreneurs and freelancers across the world reflects a larger shift in the global economy – the positioning of non-traditional workers as a leading source of innovation. And the influence of coworking is widespread: we’ve even seen large corporations like Verizon partner with coworking spaces like New York City’s HarlemGarage.

Consistent with the United Kingdom’s public-private partnership (PPP) model, the British government announced a plan to advance public-sector coworking earlier this year. The collaborative and efficient nature of coworking– which results in shared, reusable properties and a surplus of land and resources – reflects the growth of the business incubator model in the restructuring of governmental allocations and administration.

The future of coworking PPP
A draw for financial investment in new initiatives, the UK’s coworking program, also known as “One Public Sector Estate,” represents diversification in urban development and in coworking. Scotland recently implemented a similar coworking initiative, legislating incentives for rate reductions and informal agreements on commercial property leases in an effort to stimulate business in city and town centers across the country.

Other countries and regions are likely close behind, as coworking grows across the globe. Expanding coworking in the form of public-private partnerships is a positive development for the future of this flexible labor model. With no signs of a slowdown in the virtual economy, the global outlook for coworking is good.

Do you have personal experience with coworking spaces? Let me know in the comments below! 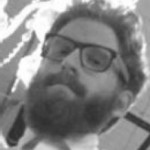 About the Author: Sam Melton

Sam Melton likes to talk about anything and everything tech related – with a focus on startups.  Stumble over to his blog to check out some of his other work.

The 8 Most Innovative Tech Products Of The Last Six Months

Send Mail To Toys With Toymail