According to the Posterous study, conducted by Harris Interactive Survey, Facebook users are sharing less information. Some explanations behind this phenomena were indirectly reported at Twitter’s press conference last week at their new 215,000 square foot office in San Francisco.

iOS 5 is bringing Twitter new and more active users then ever before.

In September, the microblogging site reported 100 million active monthly users (one fifth of Facebook’s 500 million active users) and over 250 million tweets being posted per day. CEO Dick Costolo and Executive Chairmen Jack Dorsey also announced last week that since the release of iOS 5, they’ve seen a 25% increase in new member signups. The integration of the Twitter into the iOS 5 platform gives iOS device users an intuitive way to share and discover new and interesting content. 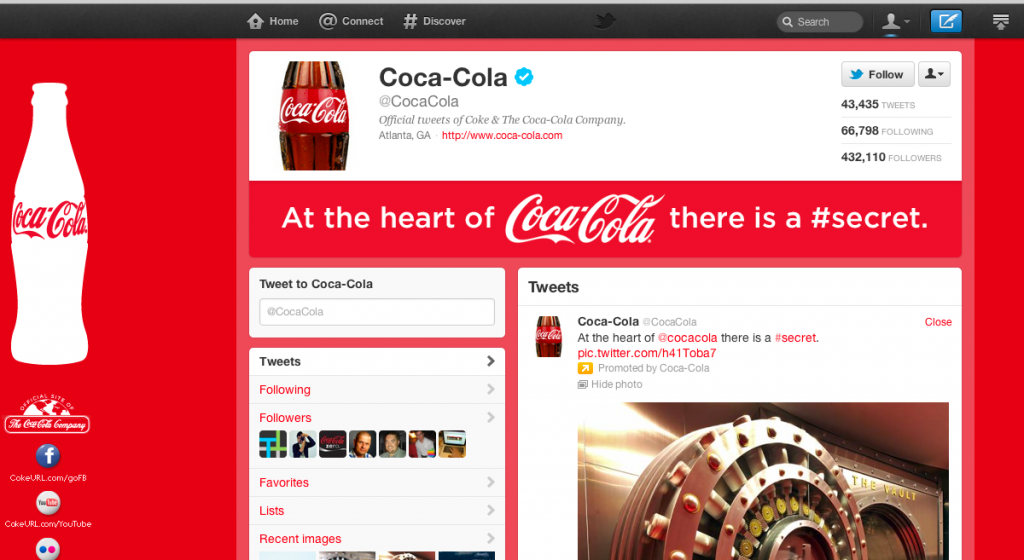 Twitter’s new design correlates with the iOS 5 integration by simplifying and organizing the platform into four distinct functionalities: Home, Connect, Discover, and Me. One of the biggest complaints by non-Twitter users over the past several years is that they “did not understand” or “did not see the point to” the platform as a whole. The new design not only allows users of all ages to easily understand the goals and purpose of the platform, but also streamlines content in a more familiar “feed-like” layout interface.

Unlike Facebook, Twitter understands that simplicity is the key to success. When technology becomes too complicated it cannot sustain growth and user confidence. Mark Zuckerberg focuses on the constant innovation of his product, but in the process neglects the needs of simplicity and intuitiveness that users demand.

Let’s be honest, no one is going to delete their Facebook. Why? Because it’s an intricate part of the interlinings of the web and also holds an emotional connection in the personal lives of its users. Find a website that doesn’t have some aspect of Facebook on it (even if its simply a company Facebook page) and I would argue that the website is either outdated or doesn’t understand the power Facebook holds on the social web.

This was one of my biggest concerns with the now recalled Jawbone Up: the app had no Facebook or Twitter integration. Facebook has also become a very personal and emotional tie to the web. Essentially, Facebook replaced that shoebox in your attic filled with old family photos and memories and moved it to the digital web. This very personal anchor, along with the platform’s full web integration, will hold users at bay from deleting their accounts.

Deleting your Facebook account isn’t the problem for the web behemoth, your information is what the company cares the most about. Facebook’s entire business model is centered around ad revenue. This ad revenue stems from directly targeted ads based on “likes”, shares, and even other sites you visit on the web while you are on Facebook. When users stop or slow down sharing, Facebook won’t be able to sell their highly targeted ads based on their every move.

This transformation and uprising of new social platforms are working together to steal Facebook’s most valuable asset: our shared information. As more users make the switch to new platforms, or to simplicity in the case of Twitter, Facebook will lose that valuable information which is the backbone to their business model. This transition will be difficult to track, but the effects will be displayed in Facebook’s already unimpressive click-through rates on links as well as advertisements.

These are some of the many reasons that Facebook is rushing to IPO in early 2012. Zuckerberg and Facebook’s 500+ investors know that the clock is ticking and they’re losing something even more valuable than your Facebook account: your time.

Instead what they need to do is innovate. Bringing in more money will not solve any of this problems at all. They have the capital and the teams to change based on this hurdles from Twitter.

@twitter-777844:disqusÂ  Thanks for the read Nich, I mentioned that Facebook’s problem is not innovation, it’s lack of simplicity and intuitiveness that “everyday” users demand. People are getting sick of seeing the mundane daily activities that family and friends share.Â http://gizmodo.com/5867268/facebook-is-making-us-miserable Seeing this information is making us miserable. People want to expand beyond the boring people they already know and communicate with in their real lives. They want to use the internet to connect outside of their daily lives and meet new people.

If Facebook loses the user’s time and shared information, they lose ad revenue. If Facebook loses ad revenue they will eventually lose valuation in the public market. There can be 6 billion Facebook accounts, but if people only use them as a means to login to another platform (instagram, etc) then what use are ads on Facebook?Â

Facebook is at its peak right now. They need to go public while they are still at the top of the mountain. I think its important to note that a major transition in social media is happening before our eyes and that the iOS 5 Twitter integration is the first hint of evidence behind this transition.Â

Facebook is IPOing because SEC regulations force them to. They have over 500 investors, and as such, are required to disclose their financials publicly by April 2012. At that point, there is no reason not to IPO anymore. Simple as that.

Thanks for the response. Unfortunately SEC regulations are not forcing Facebook to IPO. SEC regulations are forcing them to disclose their financialsÂ publicly. Facebook is going public so those 500 investors can make a return in a liquidity event while Facebook is still on top.Â The only other real reason to IPO would be to raise capital. Facebook certainly doesn’t need capital. Â A transition in social media is taking place, which is being led by Twitter and the iOS 5 integration. These are the twoÂ cardinalÂ proofs of my post.Â