Home > Blog > The Future Of Comments

The Future Of Comments 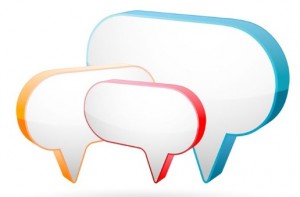 The current state of the content industry is like the current state of Lindsey Lohan’s career: no press is bad press. The number one goal of content producers is to drive engagement. It doesn’t matter if people despise or praise what you write about online. As long as people are sharing and commenting on your article, you’ve won.

That’s why link bait continues to drive engagement.  Link bait is content that is created specifically to get attention. We saw this recently with the pre-iPad release predictions. Even if you get the predictions wrong, it doesn’t matter as long as you get people to believe that you are in the know just long enough for them to click on your link.

Content creators can even collude to drive link bait to the top of content aggregators. A successful link-baiter who is known for his early adoption of blogging is Jason Calacanis, who recently admitted on his show This Week In Startups that he used to game Techmeme by teaming up with Mike Arrington and MG Siegler to drive specific controversial articles to the top of Techmeme’s page.

Calacanis continues to evoke these strategies by publicly deleting his Facebook account on his show, and criticizing the Google panda update for killing his human powered search business Mahalo before their pivot. Whether you like Jason or not, his strategies drive engagement. Engagement drives traffic, which drives revenue.

But one type of engagement, user comments, has come increasingly under attack by publishers. Comments are failing when it comes to fostering intelligent debate around content. Instead, relevant commenters are being drowned out by trolls who want to incite other passionate commentors with irrelevant attacks. Comments were designed to be like a salon, and instead they are becoming the virtual middle school cafeteria of debate.

However, the current state of the content industry and how we drive engagement is about to change. Publishers agree that commenting systems need to be cleaned up to invite real engagement back to content sites. Gawker Media founder Nick Denton reveled his plans to clean up one of the most emotionally toxic commenting communities on the web while he was onstage at SXSW.

“I want the sources, the experts, the authorities to comment on discussions,” said Denton.

Denton’s strategy – which will launch in about 6 weeks – is to grant each commenter ownership over the comment threads that they start. Denton believes that this will bring experts back to the site.

Another company that is trying to change the future of comments is Techstars alumnus Urtak. Urtak offers a commenting alternative by allowing people to vote on questions relevant to the article.

I met Urtak cofounder Marc Lizoain last summer when he told me:

The Urtak team’s strategy seems to solve the problem of how to get content lurkers to engage. By either clicking yes or no on a question about the content, people get to engage with a click rather than by typing out a longer comment.  So far, the service is being used by The Daily Beast, Mashable, and Birchbox.

Chicago (And The Midwest) To pando daily: Shove It

Editorial: In Defense Of KONY 2012