The Art of Competing, and How it Can Help Your Business 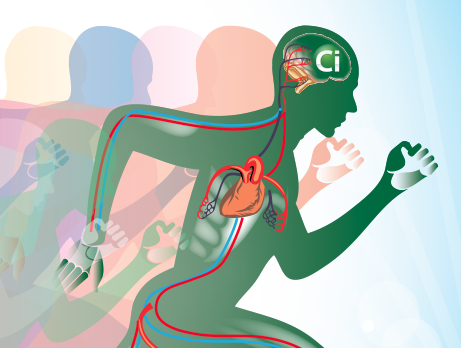 An experienced team of competitors launched Competing.com to change the way we think about competition. This comes as an increasing number of small companies compete with much larger corporations, just with the ability to think competitively.

The site’s leadership says that even though competition is a natural part of modern business, it’s not often properly executed.

“People will think about competing as fighting or aggressiveness or how you’re going to crush the other guy,” said Mark Chussil, a founder of the site. But he said competing was more about getting the right amount of market information to make sure you’re innovating and making decisions to stay ahead of the curve.

Chussil, a Harvard Biz grad, has been counseling on business war games for more than 35 years. He’s written three books, and worked with dozens of Fortune 500 companies globally. He launched competing.com in conjunction with competing expert Ben Gilad and Florida-based startup, ClearCi.

In an age of Big Data, streamlining insights becomes increasingly important. “The way the Internet exists right now it’s very disjointed, making it harder for companies to leverage information,” said Emmanuel Trenche, ClearCi vice president of marketing. “We go out, configure sources with our tools, and bring back information to help” understand the landscape.

ClearCi is now working with large corporations to help formulate insights such as real-time data on competitive pricing. And Trenche says companies such as Oracle and Johnson and Johnson are happy to show they use the product because it’s a testament to their commitment to competing – which ultimately is a commitment of continued innovation to the consumer.

But these insights are also valuable to startups that don’t have the resources to make decisions willy-nilly. Competitive insights yield informed decisions. And this plays out as companies grow when hiring, and when building a business plan.

For example, “When startups start to invest in talent, that’s when it’s important that they start to think of competing as a skill,” Chussil said. “How can each hire add to the competitive potential, and what skills do you really need?”

And as for business plans — the moment the plan is made, a number of scenarios are envisioned for how the company will grow and adapt. But the plan might be too static as the business world is ever-changing and new competitors arise.

“When people tell the story of Netflix, they tell that story in terms of how brilliant Netflix is in terms of their business model,” Chussil said. But the better question is, “Did Netflix win or did Blockbuster lose? Would Netflix have won if Blockbuster was on the ball?”

“The tremendous skill that Netflix had was to choose to go into a market where their competitor would not react, and that may be the most skillful or fortuitous.”

Chussil said a large component to understanding competition is strategic thinking – but a lot of it is also social psychology, understanding how people work, how companies work, trends that are to come in the market, and common pitfalls that companies and people make. This is how you can construct your “War Game.”

“We don’t intentionally say, ‘I think I’m going to ignore my competition,’” Chussil said. But we do “put together a plan and believe in it a little too much,” not because we’re evil or stupid, but because it’s the natural thing to do, he said.

But it’s also about self-awareness, and understanding how your company works, or how you work as part of the company. ClearCi’s Trenche said competitive intelligence is important for not just one member of the company to understand, but also all members so every move made as a company can be made with innovative, strategic thinking.

It’s understanding that the world is always changing – and you have to be on your feet to capture new information and turn it into something new. Now competing.com can be a part of your commitment to this continuing education, and it paves the way for smaller companies to fill the holes that larger companies are not.

The Art of Competing, and How it Can Help Your Business | A Closer Read Reply