TechWeek Blows Through the Windy City

Full disclosure: I am an employee of Edelman, a major sponsor of TechWeek. However, I have not been additionally compensated by Edelman for writing this article, and any views expressed are my own and not representative of Edelman or any of its clients.

A virtual tech explosion hits Chicago this week in the form of TechWeek conference and expo! TechWeek runs from July 22-29 at Merchandise Mart. As representatives from technology companies all over the U.S. converge to catch up on new developments and listen to great advice from speakers, TechWeek also includes the midVenturesLAUNCH early-stage startup day event and a host of sponsor parties.

TechWeek is the brainchild of midVentures owners Geoff Domoracki and Jon Pasky as a way to bring tech-savvy people from every background from creative to developer together to network, brainstorm, and engage. The speaker talent pool is deep as well, including Aneesh Chopra, the United States Chief Technology Officer with J.B. Pritzker, Founder of New World Ventures keynote regarding government and non-profit entrepreneurship. Other speakers include Matt Moog from Viewpoints Network who will address community building, and Jory Des Jardins, Co-founder and President of Blogher, who will address the advertising and media space.

Also included is the TechWeek 100, a tribute to 100 of the biggest names in tech from around the globe who are making waves in every area, and we love them for it. Honorees include Brian Fitzpatrick from Google, Mark Achler from RedBox, Jason de Haan from the City of Chicago, Matt Ferguson from CareerBuilder, and Adam Hecktman from the Microsoft Technology Center.

Tech.li readers, we know you are the type of folks who aren’t just in tech, you live tech. We understand…because we do, too! I highly recommend this event even if you are outside of the Chicago area. For those of you who are in the Chicago area, come out and show your support for Midwest tech at TechWeek! 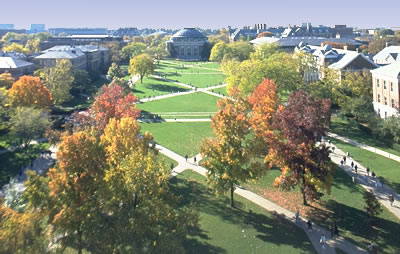 CEO Sundays: From Retail to Startups, It’s All About The People