A Summer at 5Degrees – Episode 1 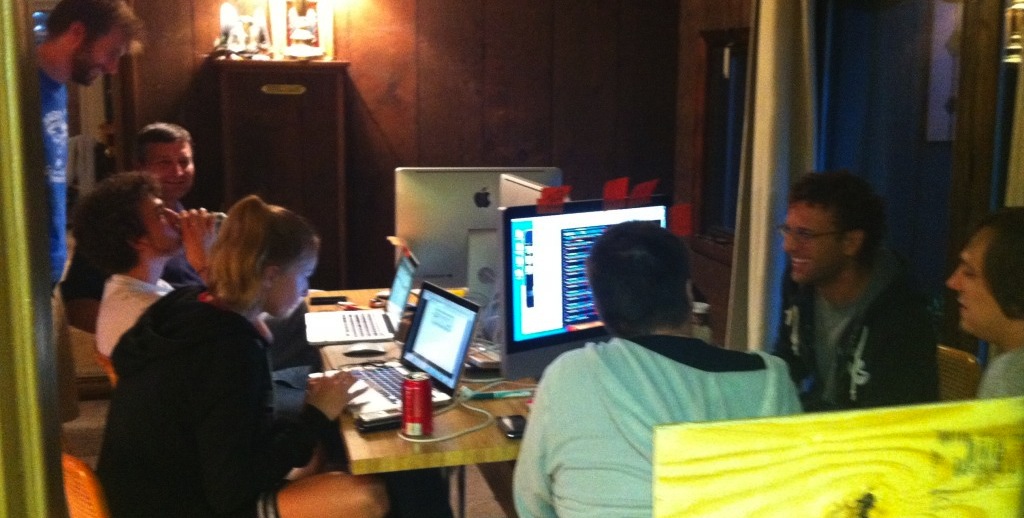 Hi Everyone — I’ve been writing for Tech.li for about a month now and one of the topics that I want to cover is a retrospective on how I got here and provide some insights on interning at a start-up. So here it is:

I am a current MBA student at Chicago Booth in the process of changing careers.  I want to transition from a corporate internal audit “drone” to a marketer extraordinaire! To achieve said transition, I have been interning this summer at 5Degrees (formerly known as GitBax) a Chicago based start-up that recently launched a mobile and web based contact management system.  If you find me compelling and engaging but can’t stand not knowing more about me , visit my blog for a little more detail on how I ended up here. This will be a series of articles every few weeks to supplement my regular stories for Tech.li and document what it’s like to be a summer intern at a start-up.

With that said here is the beginning of my journey with 5Degrees!

I first stepped foot in the 5Degree’s River North office on June 14. Since this had been the company office for all of a week the first order of business was to CLEAN!  We all got to work straightening up, wiping down, throwing out and organizing the office.  I also got my key to the building, the security code and my assigned hand towel. We may be a cash strapped start-up but we try to be green by doing little things like using cloth towels rather than traditional throw-away paper products.  Now I was an official part of the team!

That afternoon we had a team meeting to introduce everyone and then I went to a management team meeting with one of the company’s advisers.  We started planning for the next few weeks including the opportunity to run focus groups at the University of Illinois in Urbana-Champaign later that month.  The focus groups were part of an all-day session organized by the folks at Illinois Launch — the University’s incubator program for Illinois start-ups — which had recently accepted GitBax into its program.

After a few hours of initial planning for the focus groups I went home and proceeded to pack my bags and golf clubs. We were leaving tomorrow for a 5 day hackathon in northern Michigan. More “Hackathon” stories to come over the next few months!

The following day the ten of us packed up the office including three iMacs, assorted laptops, four homemade white boards with all of the relevant development notes, golf clubs, and luggage into a mini-van and a Mustang.  Packing the people proved challenging but we did it.  Around noon we set off for northern Michigan to a house on a golf course near Traverse City. Once we arrived we took care of our priority of setting up the hacker lounge and getting some food on the table for hungry developers.

After food, a few beers, some coding, and board games, we each eventually called it an evening!  This was definitely a motley crew. The age range in the house ran from 17 to 45+ so there was a definite cross-generational vibe.  I was never in a fraternity in college but I feel like this is what it would have been like.

From Thursday through Saturday we spent the better part of our days split into two groups with the periodic gathering to eat and play music and games.  There were training sessions from the CTO to make sure that everyone was on the same page from a technology standpoint, which was especially beneficial to us non-tech folks.  The development team was busy the whole time working on the app and the underlying infrastructure that makes 5Degrees run seamlessly.  The business side of the house spent the days brainstorming use cases, names, general strategy, goals, and milestones.  We spent many hours discussing possible names that ran the spectrum from words that included “tribe” to Koniktify and Knkt.us.  I’d be lying if I said that we didn’t watch the “Start-up Guys” video.  A lot. On Saturday, we actually left the house to hit the links for 18 holes.

Something interesting happened during these few days that told us we were on to something.  The social CRM space we are operating in suddenly got VERY crowded!  Over the course of a couple of days, articles popped up that announced the launch of Connected, FriendThem, Banjo, and of course, Google+.  They weren’t exactly the same as 5Degrees but they were definitely playing in the same contact/people management sandbox trying to let users better manage their contacts across their social graph.

After breakfast on Sunday it was time to pack up and leave the house.  Getting back to Chicago around 4PM, I had a whole Sunday evening to hang out with the family and some friends before we were at it again Monday morning!

That’s the recap of the first week.  In a couple of weeks look for next my post about the trip to Champaign and how we re-branded 5Degrees.

Do you have any interesting or funny stories from your first week at a startup? If so, share them in the comments below.