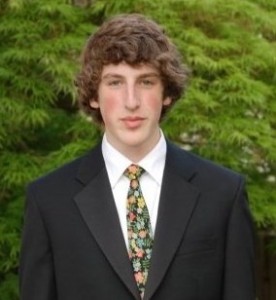 Spencer Hewett is not what one might call an “average” college freshman. At

Washington University in St. Louis, Spencer is one among a growing movement of young tech entrepreneurs getting their start in college. His current venture Shoppit, cuts to the core of consumers’ shopping problems using an innovative, proprietary Radio Frequency Identification (RFID) chip and tracking infrastructure.

A current resident of Philadelphia studying computer and chemical engineering at WashU, Hewett became interested in tech when, at three years old, “I saw my Dad’s best friend—an inventor—put on an incredible display of science using lipid polymers of his own invention to do awe inspiring things. It was then that my interest in science and technology was sparked and it was then that I decided to become an inventor.”

Although Hewett describes his experience is “rather limited”, he’s had several internships and startups in the technology field. In the summer of 2008, he worked for Ask.com owner IAC, where he worked on a new site they were starting—InstantAction—a 3D game run on a browser window. In 2009, he started his first tech company, Frigid Computer, with a friend of his. “It was essentially another computer OEM with twist, we could build anything Dell built for a fraction of the price due to a unique cooling system that me and my business partner created. It allowed us to reliably and cost-effectively run our hardware at 1.5 to 2 times their stock frequency. We had some success with that but things started to fall apart once we went to college.”

This past summer, he interned at Segan Industries, a material science company in California. There, he worked with Hans Ribi, “the man who inspired me to become an inventor,” on developing an “organic version of the synthetic organic lipid polymer dye that Hans had invented which changes color with temperature. The organic version was intended for use in foods.” Hewett concluded, nonchalantly: “That about sums up my real world experience.”

Hewett’s current project, called Shoppit, is “the fusion of proprietary RFID-tracking technology and an advanced free consumer smartphone application that, I believe, will revolutionize the way we shop.  Shoppit allows the consumer to type in any item that they are looking for and have a route automatically generated from their current location to the location of the item, all while standing right in the store.” Also exciting for the fashion-challenged, “Shoppit also has a powerful built in suggestion engine that gathers data from all users across all stores and compiles it in order to make highly accurate purchase suggestions to users.  For example if a user searches for a shirt, the suggestion engine would then be able to suggest shoes that would look good with that shirt while automatically routing the consumer to both the shoes and the shirt. We believe that this will help consumers to better find what they want in a store and to do it more quickly.” Additionally, there is a social element to Shoppit. Users can share their purchases, and their outfits with their friends; its “gift suggestion engine” would suggest items that one’s friends would like.

Hewett tells a compelling story, a universally relatable one: shopping is heinously inefficient. “Customers wade through hundreds of items they aren’t interested in just to find the one item they want to buy. Shoppit changes all of this and does it better than anyone else in the market thanks to our proprietary RFID technology which allows us to track all of a retailers merchandise in real-time in a cost-effective manner.” I asked how he plans to monetize the idea. “These include a monthly/annual subscription that retailers would pay to use our technology as well as advertising fees for those who would like to target specific groups of consumers.  Our technology supports proximity based advertising as well.  We are currently in the R&D phase and would love to talk to those interested in investing about how much we would need to get to the next phase.”

Hewett is already in talks with two potential investors. Flyover Geeks has learned, through an unconfirmed source, that one of these investors may be a fellow student at Washington University.

Hewett said that WashU’s support of entrepreneurs is substantial. Next year, there will be an annual fund of $50,000 “maintained by the student union, for the sole purpose of funding student tech entrepreneurs. This is in addition to the Olin Cup which invests $75,000 in WashU/St. Louis affiliated entrepreneurs on a yearly basis.” On what he would do if Shoppit or his newest project, BazarrBoy.com (which will stay “under wraps” until June), become large companies, he said that he’d try to balance work with school. “But if I am unable to do so then my venture would take precedence.”

When asked if there was a disconnect between his current work and what he is learning in school, Hewett confided “To be honest, what I’ve learned in the classroom has very little to do with what I’m doing outside the classroom. However, I believe that the combination of abstract and concrete learning will benefit me in the future.” Hewett wants to get from a college education one thing: “The knowledge necessary to invent in any field.” Fortunately, Spencer Hewett seems to have escaped the trap faced by so many engineering students. Although he isn’t learning entrepreneurship in the classroom per se, he’s learning in the context of an academic setting. College works for him for now. 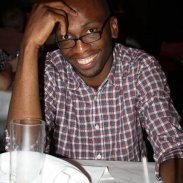