Home > Blog > Stick to Your New Year’s Resolution With AskMeEvery 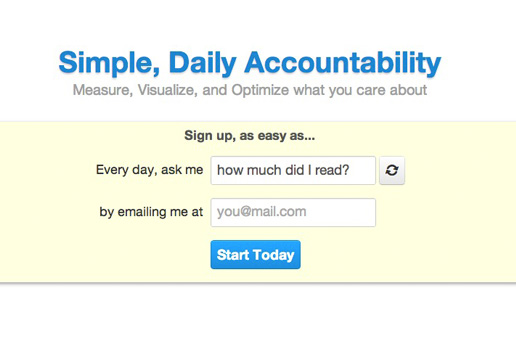 Stick to Your New Year’s Resolution With AskMeEvery

It can be easy to lose track of the goals we set for ourselves, but one dead-simple online tool is up to the task as we head into the New Year. AskMeEvery, which has recently been acquired by Chicago-based startup Experimentable, is a customizable reminder service that keeps track of the information that’s most important to you.

AskMeEvery works by letting users input a basic question like “Did I go to the gym?” or “When did I wake up?” that can be scheduled for a specific time each day either by text or email. Users can reply directly to these prompts and access the data online to see how they’re progressing with their goals.

The service’s three basic functions are to make sure you never forget your goal (a daily reminder means no excuses), build a routine around your objective, and hold you accountable for your progress.

Experimentable co-founder Mark Moschel decided to buy AskMeEvery after the online tool helped him realize his goal to quit his job in 2012.

“I couldn’t yet justify the decision to quit,” said Moschel. “I decided to track my happiness on a scale of 1-10 and if, after three months, I saw a different of more than 1 between travel work days and work from home days, then quitting would be validated.” Moschel tracked his daily progress over the course of a few months, and saw that there was a clear disparity in his happiness levels at work. “Shortly after, I quit,” Moschel said.

The Chicago entrepreneur was so impressed with the results he decided to pursue buying the company after he saw that the website wasn’t being updated regularly by the current owner. Into the future Moschel and co-founder Eugene Granovsky plan to incorporate weekly and monthly email reports, new social features for the tracking website, and tracking “recipes” that have been successful for users in the past.

“AskMeEvery works so well because it’s simple and comes to you,” said Moschel. “There are a lot of other services out there that are effective, but often we forget to use them. AskMeEvery keeps you mindful of your resolution with the daily prompt, but it also keeps you accountable by tracking your progress.” 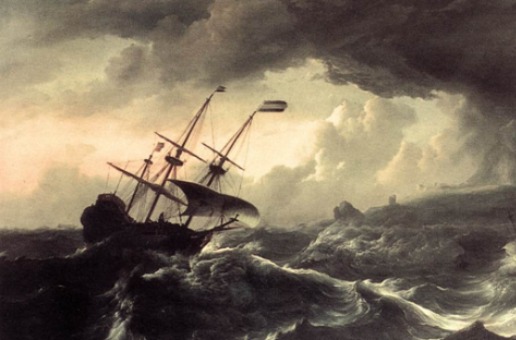 Will St. Louis Avoid The Dreaded Series A Crunch Of 2013?