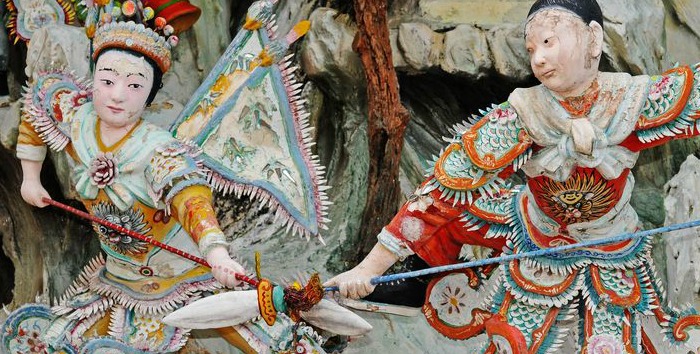 The ancient Chinese military manifesto The Art of War by general Sun Tzu has served as a blueprint for entrepreneurs who want to wage war against competitors. The text was translated into English in the early 20th century, and has since influenced the tactical decisions of NFL coach Bill Belichick and RadiumOne CEO Gurbaksh Chahal. The book is also required reading for entrepreneurs according to Steve Blank, the creator of the customer development model for startups.

The lessons gleaned from the 13 chapters in The Art of War can be applied to leadership in general, but they can also specifically apply to startups. Small, agile startup teams are often independent producers that work together in the early stages to build a minimum viable product. Although there may be one person on the team who holds the ultimate power of authority (typically the CEO), all members with decision-making power can benefit from the lessons in the book.

Here are current examples of startups that exemplify the lessons the Sun Tzu expoused in his manifesto:

In practical terms: It’s better to be the team quietly plugging along on a product instead of the  team that is at every event, celebrating before they have actual success.

Example: Clicky, a bootstrapped web analytics company based in Oregon run by just two people, earned over $500,000 in revenue last year, with a 60 percent margin. The company is healthy and the founders don’t boast too much about their success. They only go to a handful of startups events each year.

Advice: “It is only one who is thoroughly acquainted with the evils of war that can thoroughly understand the profitable way of carrying on.”

In practical terms: Successful startups are comprised of people who have worked on startup teams before.

Example: Zynga (the early days). Marc Pincus had a series of startup successes and failures behind him when he launched Zynga. He knew that being the number one game company on Facebook was key to the success of the company. In the early days, he admitted to doing whatever it took, including questionable practices like spamming users within the game, to turn an early profit.

Advice: “Now in order to kill the enemy, our men must be roused to anger; that there may be advantage from defeating the enemy, the must have their rewards.”

In practical terms: All startup team members must work hard toward a common goal, but there has to be a reward for doing so.

Example: 37Signals‘ CEO Jason Fried has argued that money does not incentivize a team, but other rewards do. One year, instead of holiday cash bonuses, he gave each of his employees a handmade knife. How Sun Tzu of him.

Advice: “In the practical art of war, the best thing is to take the enemy’s country whole and intact; to shutter and destroy it is not so good.”

In practical terms: Larger companies should keep startup teams and their product intact after an acquisition.

Advice: “In country where high roads intersect, join hands with your allies. Do not linger in dangerously isolated positions”.

In practical terms: Form strong alliances with other startups and trade services to help each other grow.

Example: The portfolio of startup incubator Y Combinator boasts hundreds of companies, including Heroku, Dropbox, and Snapjoy. Y Combinator alumni use each others services to advance the customer base and growth rate of all parties involved.

The Art of War is a timeless classic with lessons that can be applied specifically to startups. Each of the 13 chapters contain valuable lessons about strategy, teamwork, and leadership that many startup founders can use in their daily operations.

What do you think? Join the discussion on Hackernews.

Doom 3 BFG Edition: Another Nail In The Id Coffin?