About a week ago on twitter I received a DM from fellow entrepreneur and friend Ethan Austin, founder of the very successful Give Forward. He wanted to know my opinion on a blog post he wrote that started off by saying:

“My buddy’s little brother is starting a company. He’s planning on doing a pitch competition but his co-founder doesn’t want to do it because he’s afraid people will steal their idea if they speak about it publicly.”

As I’ve knocked about the startup world and had my share of highs and lows, I’ve discovered that one sure fire way to tell when someone is new (and I mean really new) to the startup game is when they don’t want to talk about their idea for fear of it being stolen. Even worse is when they make a very solemn face and ask you to sign a NDA.

The myth of the stolen idea is so pervasive among new entrepreneurs that VCs and Angel Investment groups often have a statement on their websites that, thanks but no thanks, they aren’t signing your NDA and if you ask them to do so they are going to smell blood in the water and know that you are as green as it gets.

Let’s take the example Ethan wrote about above: two guys think they have THE great idea that is going to bring them fame and fortune but they are scared someone will steal their idea if they talk about it.

VCs and Angels get pitched investment opportunities every day. They have seen everything and heard everything twice and your idea is not new. Furthermore, every entrepreneur and investor you meet is too busy doing his or her own thing to want to steal your great idea.

I am an entrepreneur that runs a new media company and our leadership team are entrepreneurs also. We get a ridiculous amount of email each day from PR firms and entrepreneurs asking us to write about the startups they represent and many of them are brand spanking new. They (correctly) assume that when I hear about their idea for a company I am not going to say to myself, “Edward Domain, you’re working night and day to build your company, but (insert startup idea) sounds pretty awesome. Why not say, ‘screw publishing,’ abandon Techli and steal this person’s idea?”

Entrepreneurs start companies because they are passionate about what they do- they have to be because the hours are long and grueling and lonely. You had best love your idea because you are going to be married to it for a long time and like any relationship you are going to be madly in love and hate its effing guts depending on the type of day you’ve had.

To sum it up, we don’t have time to steal your idea because we are executing on ours, which brings me to the next point.

Your Idea Sucks; Its About Your team And Their Performance

Take the most famous example on the Internet today; Facebook. Facebook was hardly the first social media network. Friendster came first and begat MySpace which begat Facebook which begat a movie with Justin Timberlake as Shawn Fanning doing lines of coke off an interns’ stomach at a house party.

It doesn’t matter if you are copying another startup so much as it matters HOW you execute on your idea. If you kick ass, move fast, fail fast, pivot and keep moving forward your chances of success go up.

Here’s the other thing- even if you keep your idea a deep dark secret and you really are the first ones to launch your idea you are going to have copycats the second someone realizes the idea is a good one. And if the people copying you execute better than you, it doesn’t matter if you were first out of the gate- you’ll still be in last place. Team and Execution are key.

If you are a new entrepreneur with a great idea tell everyone you know. Watch as you tell people and their eyes light up. Everyone has had an idea to start their own company at some point in their life and what separates the players from the wanna-bes are the people that quit their jobs, cast off the safety nets of steady income and go for it.

As you tell people about your idea, they’ll have opinions and comments. Pick and choose what you listen to and what you don’t. Take the good ideas and incorporate them into your plan.

People love to help other people and nowhere else is this true than in the startup world. There is nothing I love more than being able to connect a startup entrepreneur to the resources or people they need to get to so they can be successful. Many of the entrepreneurs I meet have fantastic ideas and will likely make gobs of money. Some of them won’t. The Universe has a way of causing events to move in your favor once you make a decision to do something and start acting on it so TELL EVERYONE.

I would rather hang out with an entrepreneur that has tried and failed a dozen times than some mid level corporate manager any day. The startup world is not for the weak or timid and it has a way of weeding out those that aren’t serious.

Got a great idea?

Tell everyone and get moving.

SilvrSpoon Turns Every Restaurant Into ‘Cheers’ 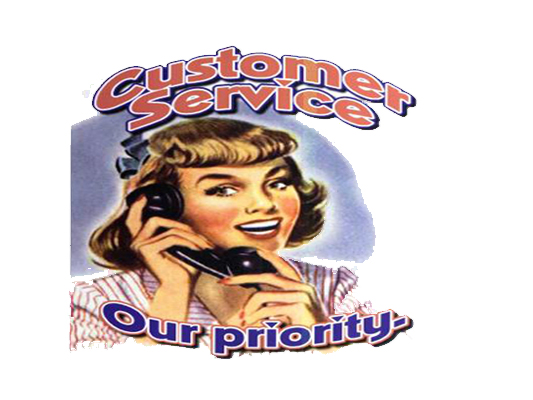 What Are Your Customers Really Worth To You?