Apse is looking to solve that problem with a new technology called RNAi. According to CEO John Killmer, the main focus of Apse is the “cost-effective production of RNA (ribonucleic acid) for RNAi (RNA interference) purposes.”
Here’s how it works: RNA is a molecule involved in the regulation and expression of genes, and RNAi is a specific kind of RNA that can alter the characteristics of plants, insects or diseases. Topical applications of RNAi are not GMO.

RNAi is an important breakthrough since it can be used to control insects and diseases, and it can even change a weed that has become resistant to an herbicide so that it once again becomes susceptible. Killmer notes there are no current commercial uses for RNAi, as the technology is currently in development. However, Apse is currently working to produce this in a way that is commercially feasible. 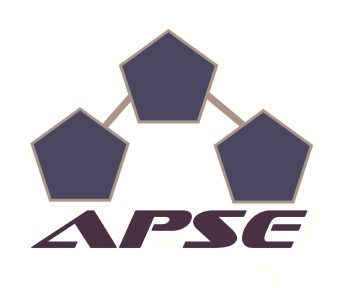 pesticides is a spray application that is absorbed by the weed, thereby changing the resistance of the weed toward that same pesticide and allowing effective use of the pesticide on the weed in the future. A similar application of RNAi can control insects after it is consumed..

“It is thought that topical RNAi may be able to enhance — or in some cases replace — current GMO technology,” Killmer said. “Indeed, some have suggested that RNAi could be used in organic agriculture.”

The company was founded in 2011 by Juan Arhancet, who invented the technology. However, Apse wasn’t officially incorporated until last year. Just four people currently work at the company. And although Apse is pre-revenue, it has already raised $1.2 million and is currently searching for another $200,000. Their money has come from angel investors and also from local accelerators such as BioGenerator, the Helix Fund and Missouri Technology Corporation.

Apse is also one of six companies taking part in the Yield Lab accelerator. The focus of the accelerator, according to its website, is “bridging the critical gap between innovation and fruition of new agricultural technology by supporting early stage companies.” In addition to providing mentors and connections to the St. Louis community, the accelerator provides the companies with $100,000 in equity funding.
Killmer said there were two reasons that Apse applied for Yield Lab. One was the mentoring and coaching available throughout the accelerator. The other was that the accelerator was focused exclusively in agriculture

“We have a lot of experience working in the corporate sector, but startups are different,” Killmer, a former Monsanto executive, said. “Working with Yield Lab has been a tremendous experience, and the knowledge we’ve gained will allow us to grow to new heights.”

Once a few of these are in place, the company can become cash-flow positive. When the technology is sound enough for commercialization, which is expected to happen within the next several years, the company also plans to make money from licenses and a royalty system.

“The path to success is not as quick as with software companies,” Killmer admitted. “But once we really get this thing going, we believe this technology can really serve as a breakthrough for the agriculture industry.