This past weekend, three-hundred and fifty student entrepreneurs from the world’s top universities gathered in New York City for the Kairos Society‘s Global Summit . Together with a few hundred guests—including executives, entrepreneurs, and industry experts—Kairos fellows discussed the challenges facing our world, and how to address them entrepreneurially. That was Day 1, at the United Nations. Day 2, at the New York Stock Exchange, fifty of the most promising ventures were on display on the trading floor, and student entrepreneurs were there to pitch their ideas to fellow students, the VIP guest-list, venture capitalists and the media. As a member of Kairos’s national board, I had the privilege of leading two panel discussions about topics I am heavily involved with: Expanding Access to Higher Education and another about The Future of New Media and Search. But, more so than hosting those discussions, having the opportunity to talk with my peers about the businesses they are launching was the most valuable experience of the weekend.

The most promising new web startup featured at the Kairos Summit, Newsle, is a social news-curation tool built by a couple of whip-smart Harvard sophomores, Axel Hansen and Jonah Varon. Newsle has been featured in the Chronicle of Higher Education and TechCrunch, and made waves among the veteran Silicon Valley entrepreneurs at the conference. Newsle has the same feel as the Facebook news feed, but takes only relevant, high-quality content from users’ Facebook friends’ pages, as well as allows users to track public figures. News stories are presented in a clean, intuitive user-interface. Having only used Newsle for four days, my experience is rather limited; but based on what I can see, this, more than any web-app featured on the NYSE trading floor, Newsle’s got legs.

This week, on NPR’s On The Media, host Bob Garfield interviewed Steven Rosenbaum, author of Curation Nation. The future of search, news consumption, and knowledge sharing in general, Rosenbaum contends, is curated, and it’s social. It adds a layer of relevance to the torrent of news and information crowding our Google search results, our Facebook news feeds. Said Jonah in an interview on the Newsle homepage: “We wanted a way to find out what cool things our friends were up to, and we couldn’t find it on Facebook. The problem with Facebook is that there is some interesting information about what your friends are doing, but it’s hard to find, because there’s so much noise.” In the NPR interview, Rosenbaum lamented the dearth of news curation utilities on the market, despite knowing that this is the way of the future. It appears as though he spoke too soon.

The other ventures and social initiatives on display, deserving of honorable mention, are a diverse bunch. Socially-conscious initiatives include Inspower, a UK-based social action network which promises one hell of an event in 2012, seizing the opportunity presented by the London 2012 Olympics to nab some seriously big-name speakers. Inspower’s CEO Nikhilkumar Adhia mentioned, in passing, Mark Zuckerberg as a possibility. The United Nations’ Aspire initiative is the only student-led initiative within the United Nations. University of Chicago sophomore Patrick Ip and Harvard freshman Kavya Shankar, leaders of the program, seek to connect passionate college students to the United Nations, and premier not for profits and nongovernmental organizations to help achieve the UN’s Millennium Development Goals, while fostering student leadership and promoting awareness of global issues, such as poverty.

Solben was selected by Intelius, a sponsor of the Kairos Summit, as one of the most innovative new companies. The Mexican company promises innovative ways to generate and process biodiesel. Hungarian biotech company Lacerta Technologies developed a technology to help with the healing of bones as a result of transplants. BPG Werks is the producer of the DTV, an all-terrein vehicle which looks like a cross between a skateboard, a tank, and a jet ski, and garnered over a million hits on Youtube.

Of course, there were many other companies showcased. All of them were of very high quality, and, as promised, did their part to address current pressing issues facing our society and our world. 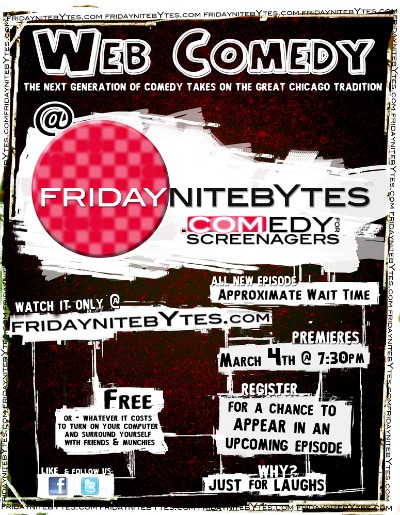