Tuesday of this week, the Chicago SYNC center closed its doors.

It was announced on Friday, Feb. 25th via email to people that worked in the space by Dayna Schmidt, who wrote the weekly SYNC newsletter and wanted to give a heads up to the people working there that their working space wouldn’t be available.

“I felt a responsibility to the people that worked at the SYNC,” said Schmidt, “and didn’t want them surprised on Monday when we closed.”

Quotes from the email:

“Good afternoon everyone. I just wanted to address the rumors you have probably heard by now about the SYNC Tech Center.

As of Tuesday, March 1, the SYNC Tech Center will be closed. The Syncubator Fund will continue on, and events may continue to occur at other locations. But as for desk space, there will be none available. Any events currently scheduled will be relocated. I am sorry if this causes any inconvenience. I know we have all loved being a part of a growing community, but it looks as if we will have to continue to grow elsewhere…

…As I am sure is true for you, I am sad to see the doors close on the space, but I know each and every one of you have your own ventures that you are passionate about and are growing each day. Please keep in touch, as I can’t wait to see the progress with your endeavors. You can often find me running around at networking events about town- I hope to run into you at one soon. It’s been a pleasure meeting & co-working with you.

If you have any questions/comments/concerns, please don’t hesitate to contact me.

The SYNC was an inviting space; 18,000 square feet of open loft flooring filled with desks and surrounded by offices on the periphery of the floor.

The plan for the SYNC was to fill the space with entrepreneurs renting desks @ $400/mo and rent the offices to more established businesses for approximately $1100-$1300 ea. The thinking went that as the space filled with entrepreneurs, the businesses that supplied services to them would have access to the entrepreneurs from their offices and thereby benefit the community; it would be a mini startup ecosystem.

All this was framed by the SYNC claiming to have a $3M investment fund available as an Angel fund.

Enthusiasm for the SYNC was palpable in Chicago and the weekly networking “Sip @ The SYNC” on Fridays drew large crowds of networking entrepreneurs excited about a new funding option in town. The tables were covered in product/business information about the companies the SYNC was going to invest in and on any given day there would be a diverse range of entrepreneurs in the SYNC busy working and networking.

As time went on, desks remained unfilled and businesses went unfunded. In December, Mike Rhodes, director of the SYNC, let it be known that the fund was now $5M and said it “had to break escrow,” before the SYNC could invest in companies.

The rent on the SYNC was approximately $18K – $20K month. Other than events, the space started to get less traffic as investments didn’t materialize.

Firms such as SSPR had an office in the space but never occupied it; just a tag on the door showed that they were supposed to be there. Key Lime Tie decided not to renew their lease and left the SYNC.

The SYNC lowered their desk rental price to $99/mo. and gained a few renters but ended up closing Monday and disappointing many in Chicago. The lunatic fringe in the tech community started circulating any number of wild rumors about why the center closed.

In his email Monday to the community, Mike Rhodes stated:

I am no fan of focusing on why this particular space didn’t work as planned. Suffice it to say that there were many reasons that “this space” failed. I take the lion’s share of the reasons that brought about the current situation. Some bad decisions were made that caused us to not launch the fund in a timely manner. That affected our ability to make the model work.

In the end, it may have come down to simple math; the rent may not have been paid.

David Heyes is the owner of the building at 322 S. Green where the SYNC occupied the 3rd floor. When asked if the building was bankrupt or going into foreclosure he remarked, “No, that is not true.”

When asked if 322 S. Green was still open for business, he said, “Yes. Absolutely. I’d prefer to have someone rent the whole floor and am not looking to subdivide it.”

When Heyes was asked if there was a deal in the works with the SYNC to do any kind of revenue share in their investment fund he replied, “Absolutely not. There was no deal of any kind with Mike Rhodes other than that of landlord and lessee.”

When asked if the SYNC was evicted due to non-payment of rent, Heyes replied, “No comment.”

Heyes said the people taking space in the SYNC would have to relocate as he had not spoken with the majority of the individual renters in the space. He did say Seat Exchange would likely be staying for a while as he was dealing directly with them.

Mike Rhodes has stated to several publications he is looking for a new space to open the SYNC and expects to have an investment fund in the next two months to invest in Chicago startups. The Facebook Sync Tech Center page is posting comments about the SYNC’s move to its new space.

Any space available for entrepreneurs to work from and locate their growing business is a good thing- seeing Rhodes open a new SYNC location would definitely generate enthusiasm in the community. As to the SYNC investment fund, time will tell. 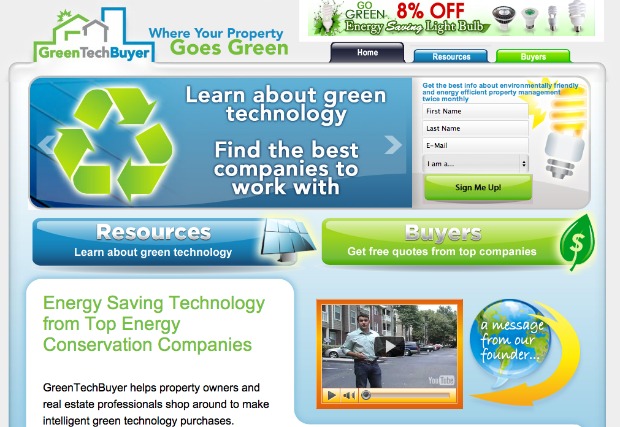