So, You Want a Job in the Green Industryâ€¦ 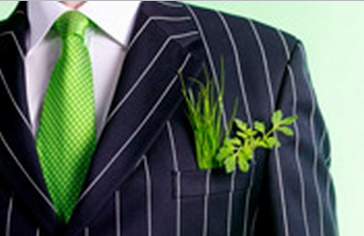 Every week or so I get a message from a friend, family member or ex-coworker along the lines of “My third cousin’s pet sitter wants to get into the green industry, and I was hoping you would talk to her about getting a job.” The presumption being that the over-generalized ‘green’ or ‘energy’ industry is expanding so quickly that a glut of faceless-but-thriving enterprises are scooping up any unskilled dispassionate new hires they can find just to keep pace with ravenous demand.

As someone who works closely with business development teams in all facets of green technology, allow me to provide some insight on where the actual opportunities exist and how you can get them.

First off, let’s make sure we understand that the green industry is loosely separated into at least four major categories:

1. Energy Efficiency: Do the same work, but consume less.

3. Smart Grid: Create infrastructure to shift from a system where a few large one-way energy suppliers dominate to one with infinite small suppliers and appliances that communicate on a digital network.

4. Sustainable Building: Putting the above three together in a given structure.

Start there. Do do you want to help people save energy, produce energy or distribute energy? If the answer is none of them, reconsider whether you are actually interested in spending the majority of your time thinking about this industry.

Second — and this applies to any industry – pick a specific role you’d be targeting within a given company before sending out a generic resume or calling in favors. Whether it’s sales, marketing, finance, engineering or customer service, you’ve got to have at least the semblance of relevant experience if you’re going to be taken seriously. If all you’ve got to show for experience is an internship at your uncle’s tire shop and some loosely related classwork, get active and credentialed.

Getting Active: There are interest groups and events in every community centered on the greater green cause. Most are free of cost and happy to see new faces. Meetup.com is a fantastic resource for finding where likeminded people are seeking to network and support each other. There is also an unlimited supply of publishers seeking original, high quality content to promote on their forum. Volunterring opportunities are everywhere, and getting relevant experience at a less environmentally-oriented organization isn’t a bad idea either. It pays better than unemployment, and having some skills is better than no skills.

Getting Credentialed: If you have a degree in something obviously applicable, like physics, forestry or policy, you may be in good shape with a few viable recommendations and writing samples. If that’s not you, then it may make sense to invest in LEED, BPI or RESNET certification. The extra education shows an earnest commitment.

Now that you have a better defined job to seek, decide what size company you want to join. Not all green companies are new. The energy business is one of the oldest, and the incumbents aren’t exactly handing over the supply without trying to evolve. While I always advocate working for a small company, it’s not for everyone, and large companies generally provide more security. It’s a personal decision that you can change down the line.

Back to that message about your third cousin’s pet sitter. Networking is how people get hired. I’m not exactly in the top tier of connected guys in the green industry, but I’m happy to share my professional opinions with anyone interested in hearing them. Just understand that the green industry isn’t a government handout bonanza. It’s a competitive industry seeking driven individuals who understand where they can contribute to the success of an organization.

Brian, now you can direct all those questions to this article- will save you a lot of explaining time.