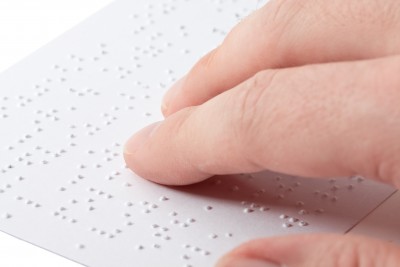 The war between traditional print and digital media is being fought largely on the E-Reader front, with the Kindle and the Nook leading a two-pronged offensive against the paper novel. Yet many are unaware how another bastion of print media- the Braille language- is facing obsolescence at the hands, fingers, and voice control software of modern gadgets.

While it may sound counterintuitive given the robust visual interface of a modern smartphone, the data suggest that Apple and Android are contributing factors as to why fewer Americans are learning to read Braille. With advancements being made in screen reader, text-to-speak, and voice control software it is small wonder that only 10% of legally blind Americans are now able to read Braille when more advanced alternatives exist. But is this Braille illiteracy truly a crisis as some blind advocacy groups are contending, or should they embrace this new technological progression?

The answer lies in the individual taste and needs of each blind person, but there are compelling personal narratives both for and against the uses of smartphones by the blind. Apple’s iPhone wins almost universal praise for its VoiceOver control module that allows a user to browse the web and navigate through menus and apps by way of voice commands. To date, Android has not released a comparable model.

The Rise Of The Hacktivist