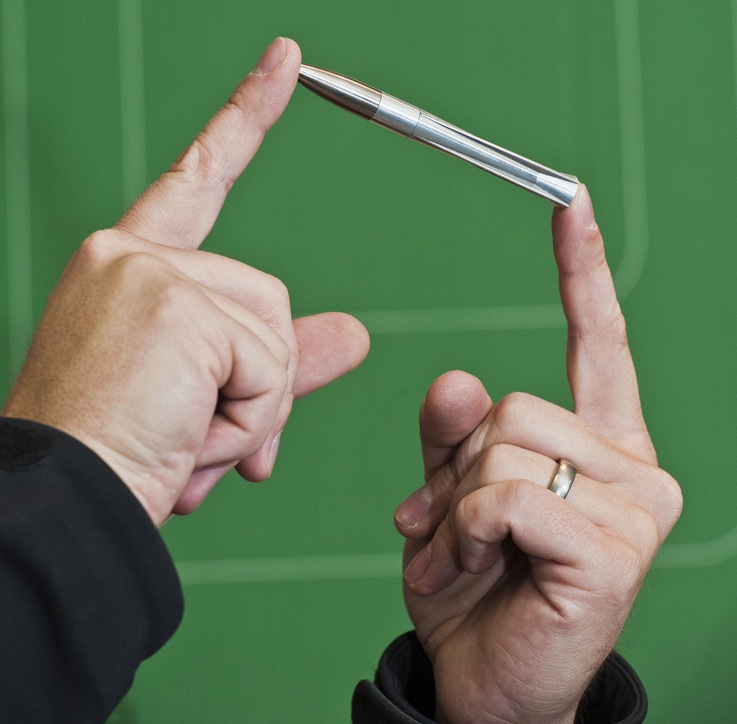 Sandia National Laboratories in Albuquerque, New Mexico, has finished designing a “smart bullet” that can consistently hit targets more than a mile away. The bullet, which features onboard electronics that guide it to a laser designated target, is finally ready to be commercially tested.

“We have a very promising technology to guide small projectiles that could be fully developed inexpensively and rapidly,” said Red Jones, a researcher on the project, in a press release.

The smart bullet has quite a bit of tech packed into for its four-inch size. An 8-bit chip in the rear of the bullet carries out flight corrections for the on-board actuator,  using the optical sensor located at the tip of the bullet as its eyes on approach to the target. Researchers claim they can make up to 30 in-flight corrections per second with the built in system. The New Mexico company calculates that the corrections can improve a shooter’s accuracy up to 98 percent.

A small burst of chemicals inside the bullet powers all the electronics, and is activated once the gun is fired – allowing the ammunition to be stored for long periods of time without losing its charge.

The projectile flies more like a dart than any traditional bullet, which are set into a spinning motion as they travel through a gun’s barrel. Sandia’s smart bullet is front heavy, improving its accuracy and allowing the actuators inside to steer the projectile without issue.

The biggest issue designers faced was making sure the electronics inside the casing remained intact after the bullet had been fired – a problem they’ve successfully overcome now that the project is transitioning into the commercial market.

According to IEEE Sandia is currently searching for a company to commercially test its proven concept. The lab hopes to make the new bullet available to both military and civilian shooting enthusiasts, because those pesky deer have too much of an advantage.

Why Dwolla Is Going To Beat PayPal At Its Own Game

Like Team Fortress 2, Valve’s Next Game Will Be Free To Play