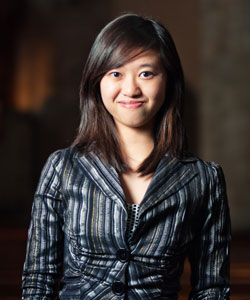 Older, more jaded readers of Flyover Geeks might find themselves totally bamboozled by the recent groundswell in enthusiasm for “leadership”, “changing the world”, “social” things, and the totally empty word “impact” amongst America’s young people. Don’t worry, older jaded readers, I find myself mystified at my own peers’ fascination with these notions as well. I can’t really explain how we’ve all become interested in this stuff. Phenomenologically, think of it as a confluence of 1960’s hippie feel-good collectivity and shoulder-padded 1980’s type-A personality: people of my age-group have this somewhat dissonant belief that 1) collectively we must act to save the world from itself, and 2) each member of that collective is or can be a leader, can affect that action.

Naturally, young people who wish to demonstrate leadership ability start organizations to, what else, foster leadership and a consciousness of the greater unwashed masses (each of which have leadership potential!!!) they are to lead, lead into leadership, wash and differentiate from the masses through leadership and fostering thereof. It’s okay, most of these organizations’ rhetoric is as tautologous as what I just illustrated. (i.e. I’m not just being mean-spirited.)

There seems to be two possible explanations for the rise of this esprit de corps. Either young people have developed, endogenously and organically, a deep-seeded belief that 1) the world is going to hell in a hand-basket, 2) said going can be reversed 3) by individual, socially-conscious leaders 4) but not the old farts that got us into this mess. Nah, man: because we young people are the future, we make our future better by acting today. Or so goes the logic. On the other hand, the structural realist in me is inclined to believe such organizations, such enthusiasm for leadership and quixotic empty changemaking (? actual terminology) rhetoric, is the result of an increasingly competitive college admissions and hiring processes for college grads. Everyone and their little brother can boast of leadership experience when everyone and their little brother manufacture leadership positions in sufficient quantity to allow everyone to claim leadership experience. (See, again with the tautology.) So, jaded older FG readers, you are no longer totally out of the loop. You see what a disaster it all is—and by it I don’t mean the aforementioned mess your generation saddled mine with, I mean my generation’s attempt at solving it.

EnvisionDo seeks to set itself apart from the hundreds of organizations already in the student professional/leadership-development field. It’s primary challenge is a difficult one to crack: how to differentiate itself from a collection of organizations, all of which bill themselves as materially different from their competitors. Usually it’s false advertising—the market is pretty homogenous. Although I know most of the students involved in the organization, I was somewhat skeptical of their proposition. My first response to their raison d’Ãªtre—Developing a new generation of socially-conscious leaders by providing young people a platform to create impactful changes—which is displayed prominently on the landing page of their absolutely gorgeous website was “Okay, EnvisionDo, ‘impactful’ is not a word. That piece aside, I think it’s really cool, what you guys want to do, what with the whole fostering leadership thing. But haven’t we heard this story before?”

No, says EnvisionDo’s founder and president, Vivien Sin, a second-year economics major at the University of Chicago. She corrected me: “The focus of EnvisionDo is actually not about leadership, the very specific message I want to convey is that one can add social value in whichever industry one chooses to embark on.” Specifically, EnvisionDo does not necessarily build participants’ leadership skills; it seeks to inspire in students the personal initiative to enter the industry where they can add the most “social value”. “EnvisionDo differentiates itself from existing organizations in that it not targeted at a specific group of people, who to some extent already have an idea of how they want to go about creating changes. It’s for people who want to explore change models/change avenues.”

Sin’s motivation to start the organization closely mirrors EnvisionDo’s philosophy. “I am struggling with picking the path to creating the changes I want to see. I have been to a number of those so-called “change conference” but it simply brainwashes you into 1 model of creating change.” She spoke with a number of colleagues, who were also frustrated with this one organization-one model approach. “We could at least provide a platform to improve this situation.”

She gave an example: When EnvisionDo invites a scientist to speak about how they used their work to affect some social change, the organization hopes that 1) students interested in furthering scientific frontiers attend the speech and 2) that these students will be inspired to pursue larger social good through their scientific work. Now, it takes a bit of time for the intelligence of the organization’s mission to hit.

Older jaded FG readers, I’ll give you a minute.

Time’s up. What makes the mission of EnvisionDo so intuitive is this: it does not seek to create social good out of thin air. It integrates social good into participants’ expectation of their future careers. In other words, the organization does not tell students to go out and start a solar power company, a shoe distribution network for children in Nicaragua, or schools for girls in Iraq; students aren’t commanded. Rather, EnvisionDo places the onus on them to go out there and do something they want to do. It removes the superficiality of other organizations’ spurious changemaking (my word, not hers) precisely because a student’s path toward bettering the planet is not spurious: it’s genuine, self-determined.

Sin and other members of the executive team emphasized the importance of the do aspect of EnvisionDo. Its multi-tiered strategy for inspiring students to pursue high-impact careers in the industry of their choice includes a conference this May, a seminar series called Inspiration 2.0, and, most compelling, “a unique incubator program for students by students.” The “EnvisionDo Incubator differentiates itself from many entrepreneurship competitions worldwide in that [it accepts] proposals on a rolling basis.” Though this may prove logistically challenging, it makes sense: allow projects to grow organically, allow them to move fluidly through the incubator’s three stages under the aegis of an experienced board of advisers, and the businesses, not-for-profits, or whatever else is born of this process is better positioned to succeed. Sin is hopeful.

Many challenges face Vivien Sin and the team behind EnvisionDo. There are of course the numerous structural challenges endemic to the university system: the time constraints, the “flakiness” of students, and many others. EnvisionDo, however, offers two compelling themes in its narrative: it empowers students, challenging them to use their own judgment, while simultaneously incentivizing participation in the program through the credibility, experience and advice of EnvisionDo’s stable of mentors. The program creates commitment. And while I’m inclined to criticize too harshly the organization’s use of the rather vacuous social rhetoric I mentioned earlier, I’ll give EnvisionDo a pass. Truth is, nobody really knows what it really means. Chances are, it doesn’t mean anything. But good still gets done. And that, more than any academic debate over the meaning of good’s message, is what matters most. 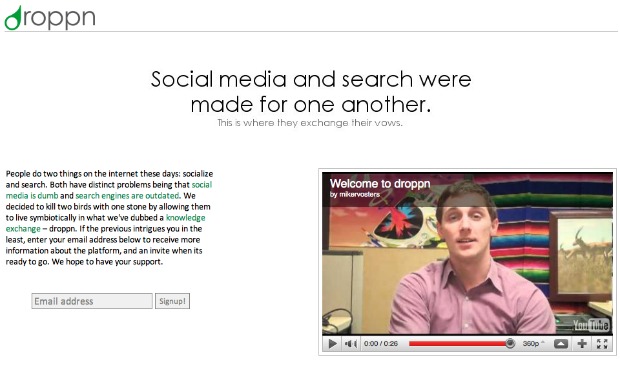