Sick Of Election Results? Track Legislation Instead With TrakBill 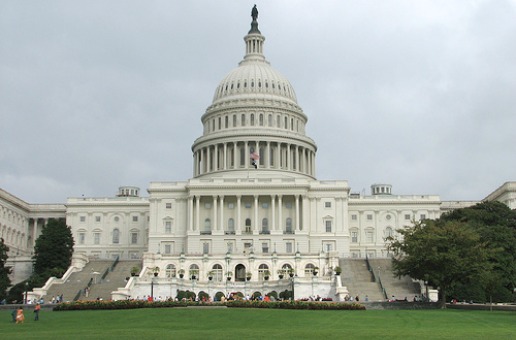 Last night, the presidential election stole the show. However, there were many issues on state ballots that will have a profound effect on the American economy moving forward, including the legalization of both marijuana and same-sex marriage in multiple states. While some citizens only tune into the political process once every four years, the legislative processis constantly in motion, with new bills being introduced and sponsored by our state Congressional representatives almost daily. A new startup called TrakBill is a search engine that will provide all of the information that both citizens and lobbyists need to know to track the legislative action around specific issues like education. This week, TrakBill launched its public beta. 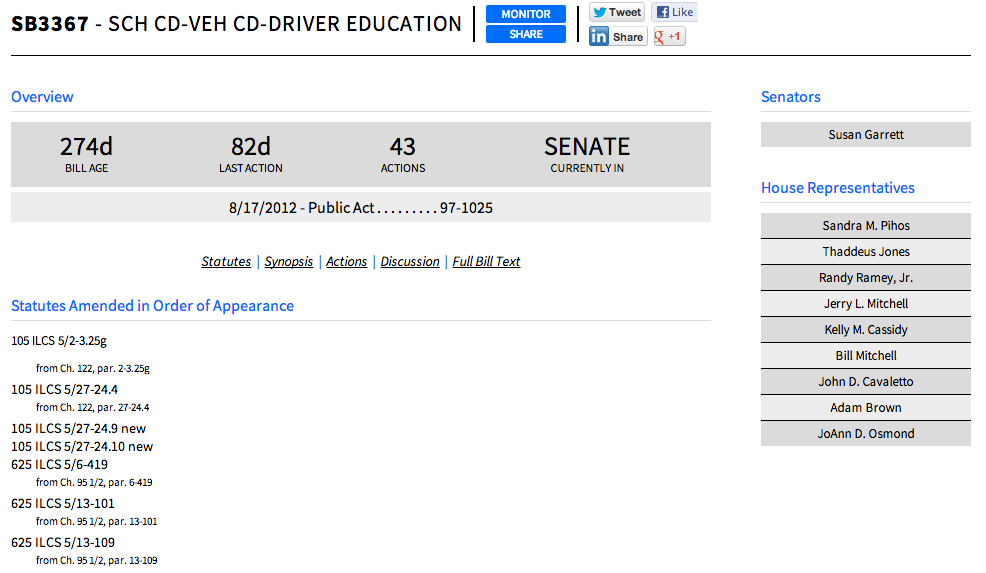 TrakBill was built as a project to help a lobbyist track specific pieces of legislation. According to TrakBill founder Steven Marciniak, many lobbyists track up to 75 bills at a time. Marciniak knew a friend who was interning for a lobbyists who specifically asked for the tool. Originally, the tool was an RSS feed. Marciniak decided to turn TrakBill turned into company when he realized that universities, interest groups, and normal citizens were also interesting in this technology.

TrakBill takes publicly available information and organizes it state by state so that people can easily follow specific pieces of legislation, including a synopsis of the legislation, who is sponsoring the legislation, and actions taken as it moves through the political process. People can choose to get email or SMS throughout the day concerning all of the bills that they are following. 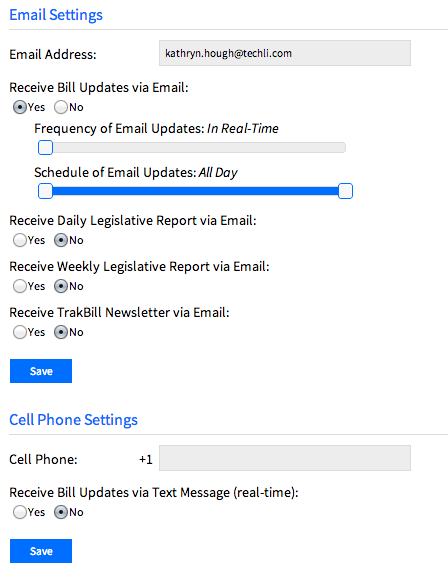 The app serves a clear purpose and there is an obvious use case that will generate significant income for this startup. The team currently only supports legislation from Illinois, but the plan is to build out data from Washington D.C. and the federal government, with each state to follow.

Well done Steve and Sam! Look forward to seeing this start up through its early days.

@JamesSullivan Thanks, James! We look forward to your feedback.

This is a great idea- with all the roadblocks thrown up by politicians when they don’t want prying eyes, this is brilliant- now there is nowhere for legislation to hide.

@edwarddomain Thank you, Ed. That is exactly what we are working toward.

At TrakBill, our mission is to place government accountability and transparency in the hands of THE PEOPLE. We understand that the legislative process can be quite confusing (at least it was for us); therefore, regardless of the task at hand, we always keep our vision at the forefront: to educate, engage, and inspire ALL citizens to participate in the process of government.

It’s our nation; let’s run it together!