Rumgr Brings The Garage Sale Community Straight To Your iPhone

An innovative Las Vegas-based startup aims to put the experience of a garage sale right in the palm of your hand. Rumgr is an app with a fast-growing community of both sellers and buyers, allowing anyone to peruse items for sale in their area, or quickly post anything they’re looking to get rid of. “What if decluttering your life was as simple as taking a picture?” asks the company. 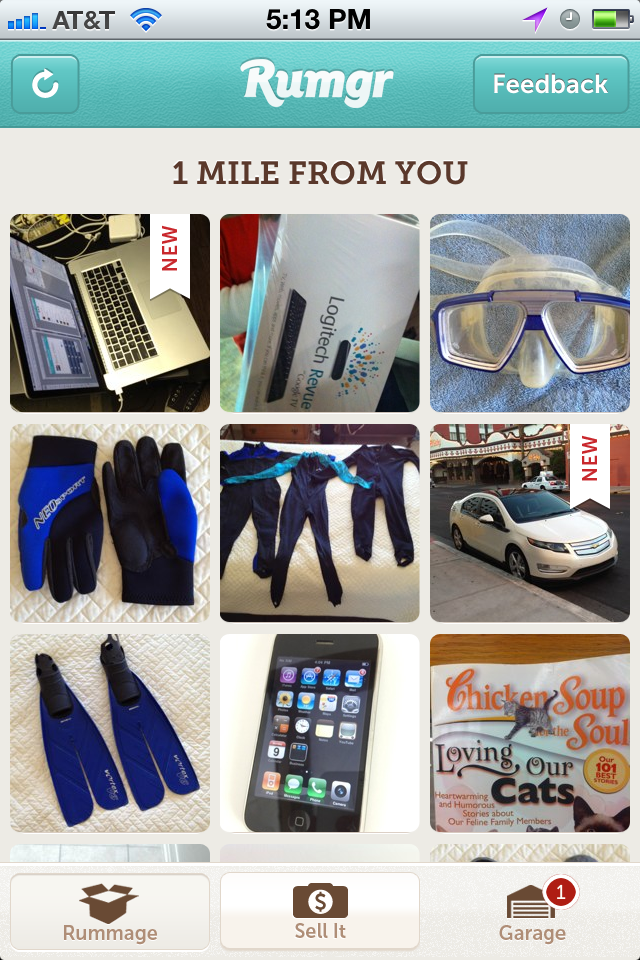 Rumgr began as a pitch made by CEO Dylan Bathurst during Las Vegas’ Startup weekend, where he got co-founders Ray Morgan and Alex Coleman onboard with the project. The team eventually launched the app in February of this year, after raising $500,000 in seed funding from Zappos team members, including CEO Tony Hsieh, and Resort Gaming Group owner and CEO Andrew Donner.

From the beginning, the team knew that mobile was going to be the way to go with its garage sale platform. “We’re big believers that mobile is the future,” the founders said. “It’s amazing what smartphones can do, and we’re taking those inherent capabilities – geolocation, instant notifications, and the ability to produce high-quality images – to make buying and selling really easy, and safe… we believe in using mobile technology to help people connect with each other.”

The startup’s mobile community has grown to 4,000 active users every day, a large sum of which are located in the Las Vegas area. The founders said they’re beginning to see traction in other large cities, including Los Angeles, San Francisco, Seattle, and Dallas.

“In a word, community is our core philosophy,” the company said.

Rumgr’s team members worked at Zappos for years before founding their new company – a period of time in which they learned the true impact of quality customer service. “We don’t just mean answering emails, but rather providing users with an incredible experience from start to finish,” the founders said. “That priority is reflected in everything we do, from providing an elegant and intuitive UI to rewarding our most loyal sellers with extra promotion of their items.”

To foster a sense of connection to the Rumgr community, the company has even started going as far as comping purchases for random users to thank them for using the app.

Before getting any investors onboard, the team says its focused entirely on building the product and growing the community. “We’re figuring out exactly what it takes to build our community while keeping the quality of our app, customer service, and company strong,” they said. “Then we’ll be looking for the right investors to help us scale that to other cities.”

Rumgr is currently available only on iOS devices, although the company plans to release an Android version in the future. You can download the free app to start rummaging through all the cool stuff for sale in your area. Even if you don’t have any particular item in mind, it never hurts to look, right?