Rockstar Gives Online Cheaters A Taste Of Their Own Medicine

Since the beginning of online multiplayer, game developers have been dealing with hackers in largely the same way – by wielding the mighty ban hammer. Rockstar, however, has come up with a different solution for cheaters exploiting the multiplayer portion of Max Payne 3, the company’s newest bullet-filled action title. 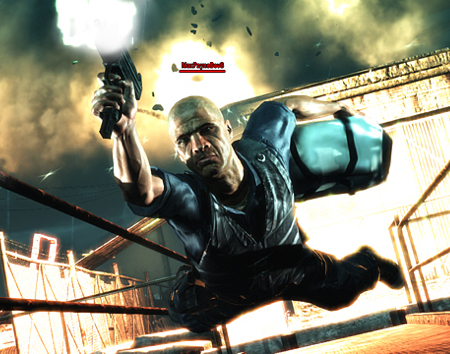 “Anyone using these nefarious methods will be dealt with,” the developer said.

In a post on the Steam forums titled “Taking Aim at Cheaters,” a Rockstar representative outlined the new policy in which cheaters will be quarantined from the rest of online players. In the aptly titled “cheater pool,” hackers will only be allowed to play against one another, getting a healthy dose of the same exploits they’ve been using against innocent players – trapped in an environment which the developer hopes will cure them of their ways.

But Rockstar isn’t completely without heart, as these marked men do have the opportunity to redeem themselves.

“In the event we decide to absolve any of these cheaters for their past transgressions they may re-enter play with the general public, however a second offense will result in their indefinite banishment,” Rockstar said.

Most recently Blizzard banned several thousand Diablo III players for running hacked or modified clients of the online-only title. The game, released in mid-May, has seen a variety of hacks popping up in the community, including duplicating items and revealing event locations on the in-game map.

“Maintaining a stable, safe, and fun online-gaming experience for legitimate players is a top priority for us,” said a Blizzard community manager.

Rockstar’s unconventional approach to online cheaters seems to be the best solution for curing malicious hackers of their griefing ways. After these cheating players wallow a while in the cesspool of un-fun, exploitative gameplay they’ve created, they’ll be wringing the bars, begging to be let out.

This is really clever. Nothing is more annoying than playing against a hacker; I’ve seen a few hacker-on-hacker fights go down, and it’s always entertaining. But perhaps they will actually enjoy that environment, trying to see who has built/found the best hack. Brings a whole new level of gameplay.

@AdamBritten A hacker-on-hacker battle definitely would be interesting to watch. I wonder how long Rockstar will go on giving them their own space to play in, if they end up enjoying having their own community.

@IsraelVicars  @yeroooc  @AdamBritten Now that would be scary. Next article: Rockstar has created a monster.

That was my very thought as I read this article. It will become a place where plaeers want to get into, to see who can “outhack” the other, so it may not be much of a punishment. But all things being equal is what they were trying to avoid in the first place so they may not want to be in there long and will want to go back to the regular rooms.But then all things will still be equal, and they are already obviously lacking the skill to compete fairly so the “hack” room may be where they stay. Good for all!

This is really clever. Nothing is more annoying than playing against a hacker; I’ve seen a few hacker-on-hacker fights go down, and it’s always entertaining. But perhaps they will actually enjoy that environment, trying to see who has built/found the best hack. Brings a whole new level of gameplay.

At least PC gaming is getting it’s cons via cheaters/hacking taken seriously one hacker at a time.

At least PC gaming is getting it’s cons via cheaters/hacking taken more seriously lately one hacker at a time.

I think it will foster cheating as a right of passage into a Skull-and-Bones type of hacker fraternity. Good luck with that project. It may not deter cheaters but it sure as hell would make it interesting to watch.

@MichelleCC Many such groups already exist, and have for a long time.

This is really interesting. It reminds me of Eve Online’s approach to things, where the game really is dictated by what the players want to do. Let the players enjoy the game: http://www.eurogamer.net/articles/2012-04-27-ccp-players-attempt-to-destroy-eve-online-economy-is-f-ing-brilliant

@excid3 That’s remarkable. It’s great to see innovative companies approaching these kind of issues in unique ways, and allowing their most determined players the freedom to make the game their own. It’s nice that Rockstar, at least, isn’t letting these players grief the rest of the community.

@yeroooc Yeah. I don’t want to play with hackers, but I do want to be involved in a world that is completely free to do what I want. It’s quite remarkable that we’re able to be in this position where the game just provides you the tools and you get to do whatever you want.

Very, very interesting. Great concept. Genius idea. I really hope this works. But how do you stop the various levels of hacks. Is there really anything out there that will stop pc users from hacking? Is 3rd party code injection to hard to deal with?

This year is my first year trying FPS online multi-player gaming on the PC. Not to detract from “Max Payne 3” but I purchase MW3. The cheating has gradually gotten so bad that it’s really not fun at all especially when the hackers blatantly have gamer tags that tout they’re cheats because nothing is really being done about it. Some of the hacking is so blatantly obvious, it would seem some simple scripts could catch the most annoying ones. Aimbotting being the biggest nuisance of them all. It’s almost as if there’s no human admins or any desire to stop hackers with regards to MW3. It’s almost like the game makers are in cahoots with the hackers that sell their hacks.

Without giving out to much detail how does “Rockstar” visa via STEAM detect cheats? I mean is there a really simple means that can be coded to achieve some level of oversight that will catch hackers? If so, do you have any opinions about why someone as huge as the software makers of MW3 be allowed to just sit back and allow such blatant obvious hacking. I mean if they could just get one person like myself sitting in a lobby WATCHING not playing they would find that, (now it seems), there’s not a match played where someone is cheating on either team. Some cheaters are very good at hiding the fact that their cheating and it’s hard to tell if they are just super bad ass. The hacks available are pathetic for MW3 and it’s not always obvious when someone is hacking. A layered banning approach like you outlined here sounds like a very good start, but I would like to hear some more details that will boost my confidence, that your confident, you have the means and wear withall to follow through with stopping hackers from destroying what can be a very fun and enjoyable experience. Your thoughts please.

Small Rant: To make matters worse, MW3 has forced Lag Compensation down our throats. So people with crappy inet connects for one reason or another are given an advantage over people that purposely paid big money just so that their inet connect has all the horse power needed to host if chosen. Unfairly taxed is what it seems like.

This little piece of illogic is exploited via “lag switching” through hardware or software means. I mean this is utterly ridiculous the levels that pc games are exploited yet not monitored. I’ll never buy a game again to do online gaming until I feel confident Game Makers are trying to make an honest effort to not just take our money and standby watching us be molested by malcontents, but care about the fun gaming experience were looking for.

Reminds me of the “Corn Field” we had in Second Life ages ago, where naughty avatars were banished: http://secondlife.com/destination/the-corn-field

@yeroooc Not going to lie, it was a bit creepy to wander through row after row (after row) of corn with no end in sight.

“After these cheating players wallow a while in the cesspool of un-fun, exploitative gameplay they’ve created, they’ll be wringing the bars, begging to be let out.”

Wow. Really? Corey, you are nominated for the Bull-itzer Prize. lol