Resurrecting The Past To Build The Future 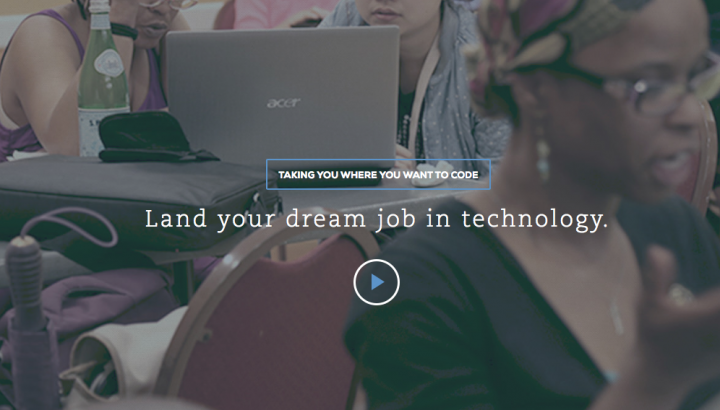 Fact: St. Louis is rife with people who have demonstrated at least rudimentary computer skills and aptitude, but cannot find tech jobs.

Shouldn’t these facts be mutually exclusive?

To the folks at LaunchCode, the year-old not-for-profit tech placement firm, the reason behind the disconnect is obvious: Most companies have a rigid set of educational and experiential criteria that applicants must meet to even warrant an interview. It is a hurdle that many talented job seekers – even those who have taken MOOCs, attended computer bootcamps, or taught themselves code — can’t surmount.

So, in true back-to-the-future fashion, within the thriving startup ecosystem in St. Louis, LaunchCode has resurrected a practice that thrived centuries ago: Apprenticeship.

LaunchCode uses interviews and simple tests to evaluate an applicant’s baseline skills, drive and aptitude. Those who fall short are steered toward free or inexpensive courses and reading materials that can hone their nascent skills. Those who are deemed quickly trainable are sent to participating companies, where they are paired with senior tech employees. The pairs work side-by-side, often sharing one computer. The apprentices are paid $15 an hour while they learn the ropes, and are often promoted to full-time, well-paid jobs after as little as three months.

Alex Miller, director of marketing and recruitment, notes that a large percentage of the applicants are poor, un-degreed, and mired in vicious cycles of unemployment or low-wage jobs. “The name of the game for us is upward mobility,’’ he said.

LaunchCode was the brainchild of Jim McKelvey, the co-founder of Square, Inc., the uber-successful mobile payments company. McKelvey’s involvement attracted lots of media coverage, and pulled corporations, including such well-know entities as Mastercard and Monsanto, into the fold.. “He’d make 101 calls, and get 100 companies to meet with him,’’ Miller said. “But the companies soon realized that yeah, they could really benefit from this.’’

McKelvey is a lot less hands-on these days, but he apparently left behind a self-perpetuating machine. LaunchCode hasn’t developed the classic tech company obsession with quantifying everything, so it can’t trot out lots of numbers to demonstrate its efficacy. But Miller estimates that about 20 percent of people who complete the on-boarding process (some get discouraged and leave partway through the application, he acknowledged) are immediately sent off to apprenticeships, while the others are referred to additional training programs. One thing Miller does know: in less than a year, LaunchCode has placed nearly 100 people in apprenticeships, and about 90 percent of them went on to full-time jobs that paid an average of $55,000.

It also may be giving the whole region an economic boost.  McKelvey, a St. Louis native, was quoted in Inc.Magazine as saying that the lack of experienced coders in his hometown was the main reason he located his company in California. Thus, LaunchCode has dual goals: solve the poverty-caused ills that lead to high crime rates, and retain St. Louis companies, and draw new ones, by providing an ample flow of tech talent.

The firm has even loftier goals for itself.. It has taken over, and expanded, an existing local program called CoderGirl, in which about 50 young women meet every Thursday night to take an on-line computer course. Each week, some high-level female programmers join them, offering help with the course, but perhaps more importantly, demonstrating by their very existence that “female coder” is not an oxymoron. Miller says other types of mentorship programs are in the works, as is an online site where LaunchCode “alums” can share tales and tips.

LaunchCode is exploring a partnership with Harvard to provide more free coding classes alongside job placement services, and it is talking to Washington University about setting up a programming bootcamp. Miller says LaunchCode is also looking to operate in other cities, and to use its matching techniques for grooming candidates for a wider array of computer-related jobs. It is already swapping notes with Blue1647, a non-profit that works with low-income youth on the South Side of Chicago, to see whether that group should perhaps operate in St. Louis – and whether LaunchCode’s approach might work in Chicago.

This will all take money, of course. Right now LaunchCode is operating with just five salaried employees, and a group of local volunteers who run the gamut from successful executive-mentors to local students, many of whom get course credit for helping out. Meeting its goals will take more than that – so yes, LaunchCode plans to do a bit of fundraising, particularly with the companies to which it provides programmers.

Miller seems unworried. “The St. Louis community has really rallied around us,” he says. And will LaunchCode, with its national ambitions, continue to rally around St. Louis? “We do want to spread our approach throughout the country,’’ Miller says. “But St. Louis will always be our hub and home.”