This coming Tuesday, October 9th, Reddit co-founder Alexis Ohanian will visit both St. Louis’ Washington University and downtown startup incubator T-REx to discuss the open internet and the censorship bills that threaten the web as we know it today. 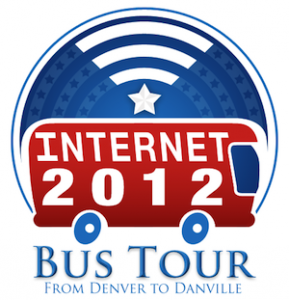 Ohanian kicked off the Internet 2012 Bus Tour in Denver this week, and will conclude the week long trip in Danville, Kentucky, in the same date and location as the upcoming vice presidential debates. The founder aims to both educate and gather personal stories from internet users throughout the Midwest, bringing both public and political attention to the dangers of internet censorship bills like SOPA and PIPA.

Back in September the Reddit co-founder raised nearly $20,000 on Indiegogo to fund extra costs of the Midwest bus tour. Ohanian’s campaign isn’t just about securing our freedom to click through thousands of pictures of cats when we should be working, but serves to highlight the vital importance of an open internet to the growth of online businesses.

“The Internet 2012 bus will collect, document and share stories throughout the American heartland, because this isn’t just about Silicon Valley,” reads the announcement blog post from September. “It’s about parents taking Skillshare classes on blogging in Boulder, TED meetups in Omaha, Kentucky folk festivals that get funded on Kickstarter, artists in Missouri who can sell to the world on Etsy and retirees who can make some extra money renting out a room on Airbnb. Thanks to the Open Internet, people are learning marketable skills that are turning them from unemployed to gainfully employed.”

On October 9th, Ohanian will hold a talk with students at Washington University scheduled for 4:30 pm, followed by a later talk with the entrepreneurs of the T-REx incubator in downtown St. Louis at 7 pm. The latter event is free and open to the public, and does not require an RSVP. All (of age) attendees are additionally invited to an after party at the Urban Chestnut Brewery, where Ohanian will lead the partygoers in a raucous rendition of Journey’s “Don’t Stop Believin’” (possibly).

If you’re a student or faculty member of Washington University, you can RSVP ahead of time on the Facebook event page. For anyone else who would like to see the co-founder in person, head over to the StartLouis meetup page to find out all the juicy details about the October 9th event.

Thanks for sharing the wute.vc info, Corey!