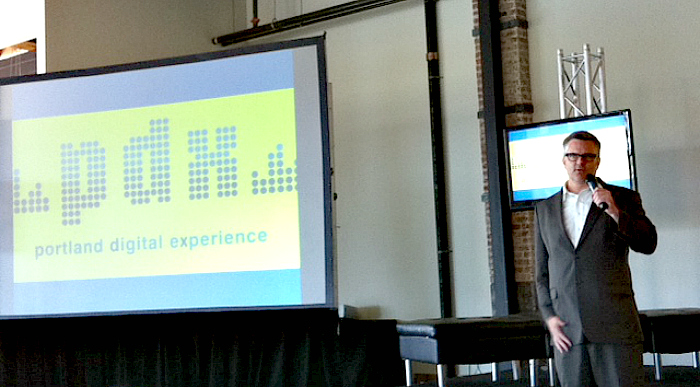 Many non-Portland residents may recognize Mayor Sam Adams as the bumbling assistant to the mayor played by actor Kyle Mclaughlin in IFC’s hit show Portlandia, which is loosely based on Oregon’s biggest city. But in real life, Mayor Adams has a potent combination of both a commanding presence a charismatic attitude that has helped in push Portland’s creative and technology industries into the national spotlight. Yesterday during this closing remarks at the end of the second day of the Portland Digital eXperience conference, Mayor Adams echoed the city’s dedication to growing the Portland startup sector.

“Our work is not just important for Portland,” Mayor Adams announced. “It’s important for leading the nation in the creative and technology industries.”

While Adams won’t be seeking reelection this fall, he will be remembered as one of the city’s most tech-savvy and accessible public officials. An avid user of geolocation recommendation mobile service Foursquare, the Mayor’s stream blends the personal and the political thanks to his check-ins at local events peppered with his authentic recommendations that include the best of Portland food and entertainment. 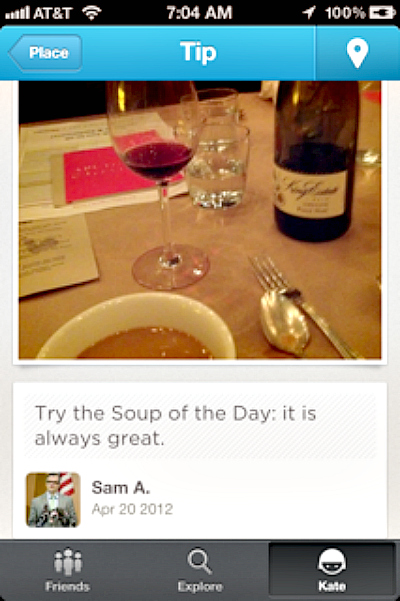 Adams and his team frequently take to Twitter to resolve concerns tweeted to the Mayor in under 140 characters. No tweet is too small to be considered, and every citizen receives a response. Think of it as a modern customer service, with a PR twist.

Yet the Mayor is not just a technology cheerleader. Under his watch, the city of Portland has experienced a startup boom. Since Adams took office in early 2009, Portland has exploded into a hub for entrepreneurs to launch their companies. Portland Incubator Experiment has secured $13 million in funding for its first official class, and companies like Urban Airship, JanRain, Simple, and Puppet Labs have become anchors for the startup scene. Just this month, Salesforce announced that it would open an office in Portland, bringing hundreds of new jobs to the area.

Some initiatives that have come directly from the city to facilitate this growth include the Portland 100, a public and private partnership run by the Portland Development Commission that helps Portland startups secure funding and acquire talent, and Portland Seed Fund that invests in startups with government dollars. The Mayor’s office has also supported a program called Civic Apps, which showcases the strength of the mobile subsector of Portland’s technology industry.

Although Adams only has a few more months in office, his legacy as Portland’s most famous and effective technology supporter will carry on.

Here is Adams speaking earlier this year in an interview about Portland’s dedication to growing the technology sector: