Home > Blog > Plurk: A Social Network Where The Karma Is Real

Plurk: A Social Network Where The Karma Is Real

Plurk is a rather eccentric social networking website, where the main page color is a sort of mango hue not unlike a 70s sofa and a user’s value is measured in karma and badges. The main feed is shown as an actual timeline. Posts and status updates are spread out and expandable when you mouse over them. When clicked, they open further, allowing users to respond or “like” a post. The website might best be described as a gamified, timelined Twitter that allows you to distinguish between good and bad users based on a point system. 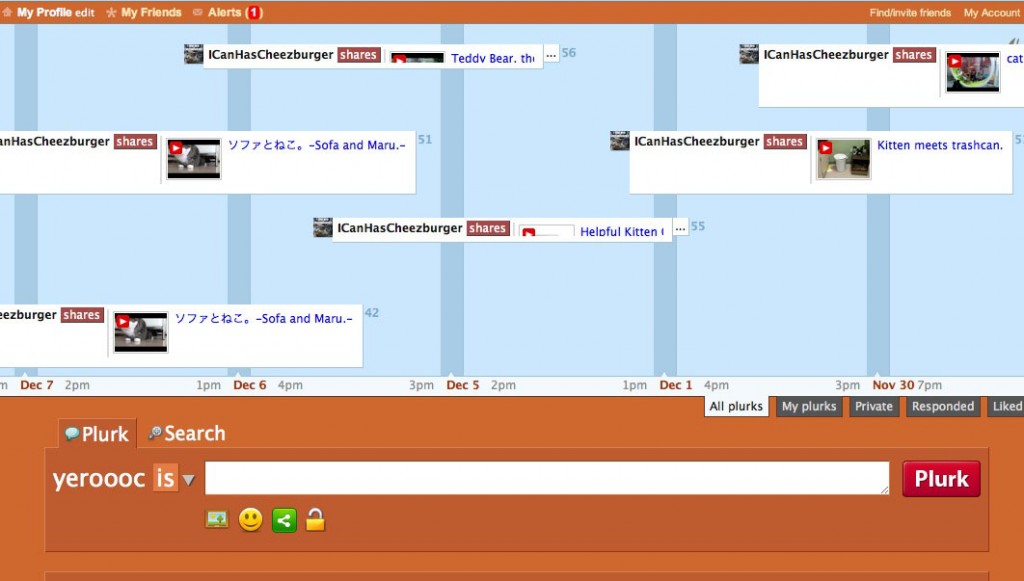 The website runs on a karma system similar to reddit, but where karma has no real value on reddit (even if some users believe otherwise), on Plurk it affects your user experience in some interesting ways. For instance, if a user has over 10 karma they can title their timeline, which is essentially their personal news feed, or once over 40 karma users can change their display name. On from there, higher levels of karma (up to 100) unlock different tiers of emoticons like dancing bananas and flexing biceps. It’s not drastically significant, but I can imagine a certain level of status developing amongst users with higher levels of karma.

A user’s karma level is affected in different ways — positively by inviting friends, receiving responses to posts, and updating your profile. Karma is affected negatively by spamming posts, long periods of inactivity, rejected friend requests, and losing followers. It’s a really interesting system, one that works to deter common annoying behavior on social networking sites by giving a positive value to those who are using it correctly.

In my time on the site I received a badge and boost in karma for simply adding a profile picture to the website. So far my karma level is only 7.5 but I’m already thinking about which friends I can invite to get more. 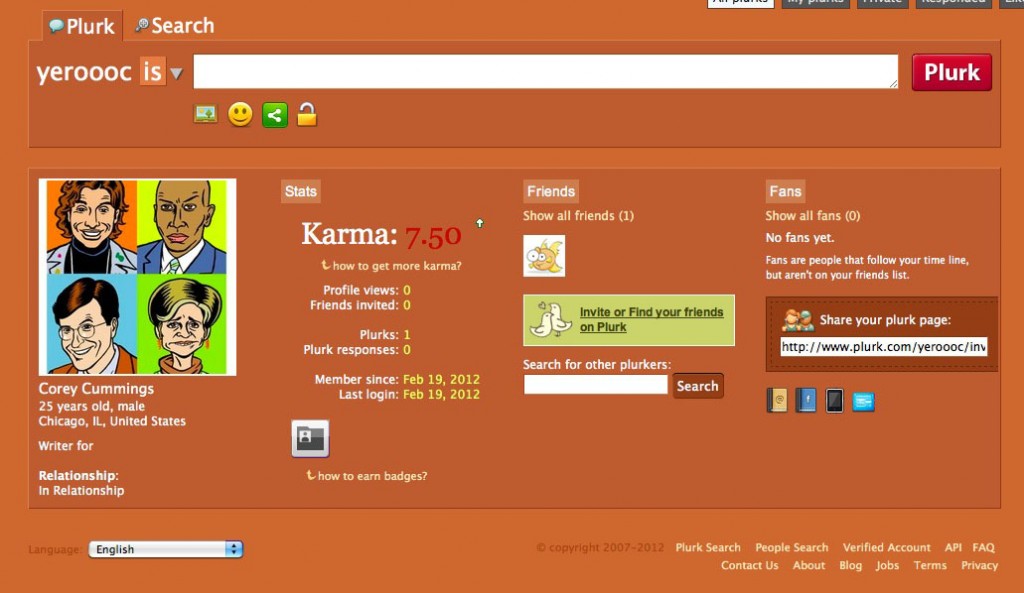