Atlanta-based startup Phonograf is looking to merge mobile music and social sharing with its forthcoming Android app. The app allows users to follow, comment, and elegantly share the music they love the most with their mobile network of friends. 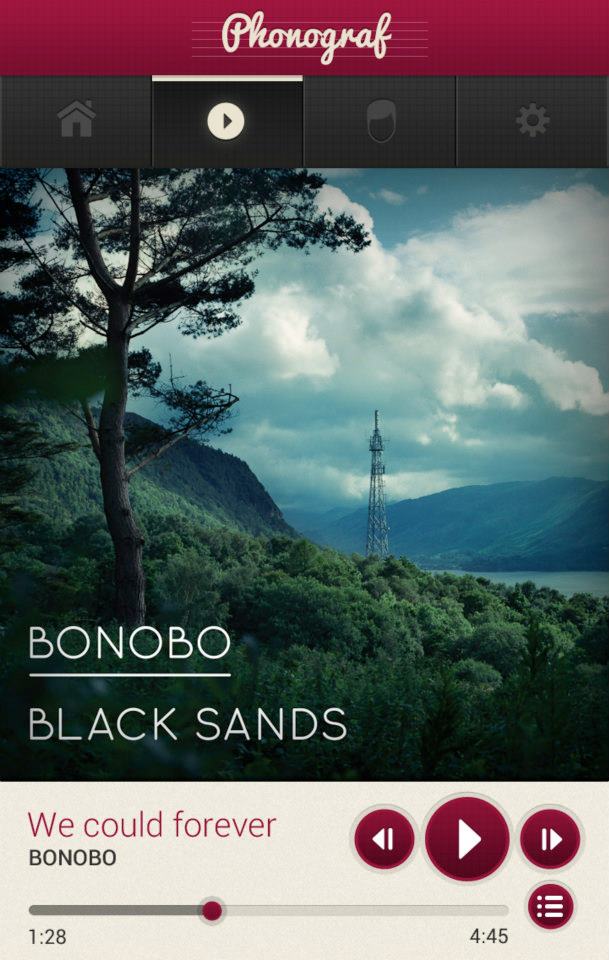 According to founder and CEO Eduardo Austin, the app is shooting to be “the Instagram for music,” taking inspiration from both the simplicity and basic social sharing features that have driven the photo app to become a mainstay on smartphone home screens everywhere.

“Our core philosophy is play, share discover,” said Austin, a graduate of Virginia’s Old Dominion University. “We want our users to play their music, share their musical interests, and then discover new and exciting music with ease.”

Phonograf users will be able to take songs directly from their smartphone’s music library, creating a post that shows the album artwork, their current thoughts on the song, and eventually a link that other users can click to give it a listen and add comments of their own. All past shared songs are collected in a feed on each user’s profile. According to Austin, what sets Phonograf apart from the competition is its fully featured music player and focus on the social aspects of music sharing.

In terms of monetizing the platform, like the founders of its photo sharing counterpart, Austin is still working out the details for post-launch. “Our goal is to acquire as many users as possible and to stay away from any campaigns or features that are deemed annoying,” Austin said. “Once we feel we have accomplished this, we plan on rolling out an initiative on the backend that will allow monetization, but not affect our user experience of privacy.”

Though the official release of Phonograf is still a few months out, Austin already has plans to present his project at Venture Atlanta’s October event. “It’s a really great opportunity,” Austin wrote. “There are several incubators here in Atlanta and there is a vibrant startup scene.” 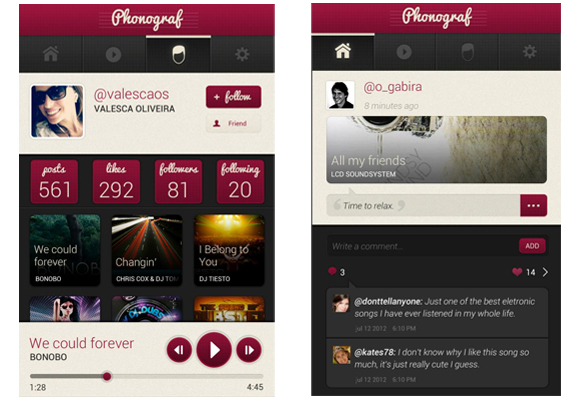 In the future, Austin hopes that Phonograf will be the place where all new music is discovered worldwide. The company is looking to raise an initial round of funding in the near future, but for now is buckling down to focus on the app’s final development touches. Look for the social music sharing app to hit the Google Play store sometime during the next few months, and on iOS and Windows platforms further into the future.