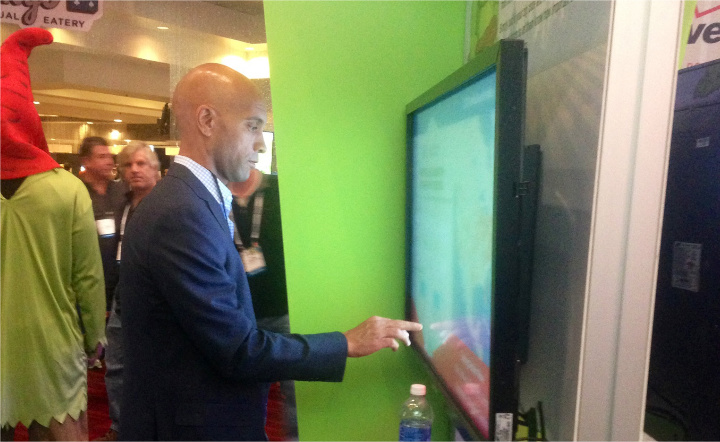 Phone2Action (P2A) today announced that Adrian Fenty, Nathan Daschle, and Gabe Klein are joining the company’s board of advisors. The new advisory board will focus on providing strategic guidance for strategy, business development, and new market entry.

“We are thrilled to announce our distinguished advisory board of Adrian Fenty, Nathan Daschle, and Gabe Klein. These leaders have led some of the country’s most innovative businesses, governments, and organizations. The board brings an outside-the-box mentality united with pragmatic experience of what works – which matches with what Phone2Action seeks to do in the field of civic engagement,” said Jeb Ory, Chief Executive Officer and cofounder of Phone2Action.

Fenty said Phone2Action makes a difference in people’s lives. “I’m excited to join Phone2Action’s board as an advisor. As a former Mayor of the Nation’s Capital and from my current perch in the tech economy, P2A’s technology is proven, it makes a difference in people’s lives, and they are creating ways to measure advocacy and advertising in ways that are effortless and have not been possible before,” he said. “People’s voices matter and Phone2Action delivers.”

Daschle said Phone2Action changes the way advertisers measure their impact. “Clear Channel is the leading media company in America with a greater reach in the U.S. than any other radio or television outlet, with properties that include radio, billboards, marquees in airports, and more. Phone2Action’s digital advocacy platform is creating new ways for advertisers to measure the impact of their advertising. Their use of mobile marketing technologies is creating new transparency in the marketplace and helping organizations drive hundreds of thousands of new supporters into their ranks,” Daschle said.

Klein said Phone2Action connects people to their cities and officials and that is the goal of civic engagement. “Civic engagement matters. The next phase of urban development—which we are in the midst of—sees cities getting smarter, integrating real-time, accessible technology into transportation, urban planning, and public-private partnerships. At the end of the day though, it’s about people and what they want and need. Phone2Action’s engagement tools are opening up new ways for people to communicate with their cities and their officials… and companies too, and that can facilitate change that has permanence,” Klein said.

Michael Petricone, the Senior Vice President of Governmental Affairs for the Consumer Electronics Association, a Phone2Action partner, issued the following statement in response to the board announcement: “Phone2Action is a highly effective platform that leverages technology to empower constituents to communicate easily, effectively and directly with members of Congress. On April 30th CEA hosts our annual CES on the Hill lobby day and, along with personal visits, CEA members will use Phone2Action to urge policymakers to crack down on patent abusers and avoid regulation that would stifle innovation. When elected officials hear directly from their voters, they listen. We congratulate the new Phone2Action board members, and we look forward to seeing what’s next.”