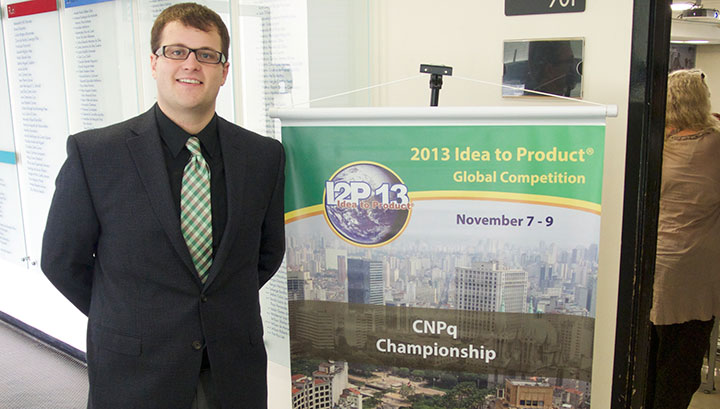 “The trip was amazing. There were all sorts of great people from around the world interested in technology and entrepreneurship,” Caruso said. “Everyone was very friendly and willing to give advice and guidance; it didn’t feel like we were competitors as much as colleagues. The judges were invested in making this a wonderful learning opportunity for the contestant. I hope to keep in touch with several people I met in Brazil.”

“On the non-competition side, Sao Paulo was quite an experience,” Rob added. “Whether it was a street vendor or one of the restaurants the group visited, the local food was some of the best I’ve ever had.”

The I2P global competition was the last of three competitions Caruso’s team has competed in this year. They placed 1st in the SLU I2P campus competition and placed in the top five at the I2P Missouri-Illinois Regional competition.

Idea to Product® Global is a competition in commercialization of research aiming to fill the gap between university research and business plan competitions. The annual I2P competition is a unique academic competition looking at ideas at their earliest stage.