The Midwest on demand food industry is getting ClusterTrucked

Many restaurants partner with third-party companies to provide a delivery service, however, ClusterTruck is different, as this innovative, young startup aims to provide the entire service.  Its kitchen makes an impressive 160 items, ranging from Pad Thai to pizza, and employs its own delivery team. Deliveries are free and are made within 21 minutes, claims the Founder and CEO, Chris Baggott, according to Axios. 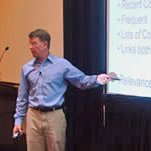 One of the most promising aspects of ClusterTruck is the experience that its Founder brings to the table. Baggott’s previous success within the startup industry paints a promising picture for the future of this ambitious startup. In 2013,  Baggott sold two companies he helped start, consisting of ExactTarget which Salesforce bought for $2.5 billion, along with Compendium, a business blogging software program, which Oracle later bought.

ClusterTruck’s location can also be seen as particular advantages, emerging in an area of the country which is brimming with potential for flourishing startups. The startup began in Indianapolis and recently opened in Columbus, Ohio last week. It also has ambitions to expand into Cleveland, Kansas City, Denver and Charlotte by the end of the year.

By focusing on Midwest states, Baggott hopes to replicate the same success he had with his previous software companies. “While everyone else is killing themselves to conquer New York and San Francisco, we’re focusing on the rest of the country,” reported Axios.

Potentially one of the most unexpected yet disruptive components of his plan is the drivers he employs. Baggott claims ClusterTruck has low driver turnover while competitors like Doordash spend millions on recruiting drivers. What’s more, drivers make good money, as much as $100,000 a year in some cases. The experienced entrepreneur states that during the 17 months since it opened the first kitchen, it’s put over a million dollars in the pockets of 38 drivers.

This could prove very promising as the competition faces controversy. For example, UberEATS has come under fire as employees are not happy with wages being cut and GrubHub has been criticized for using evasive methods of paying their drivers, which has resulted in legal battles. This new, holistic approach could prove to provide the recognition, wages, and respect that seems to have disappeared in America’s modern sharing economy.