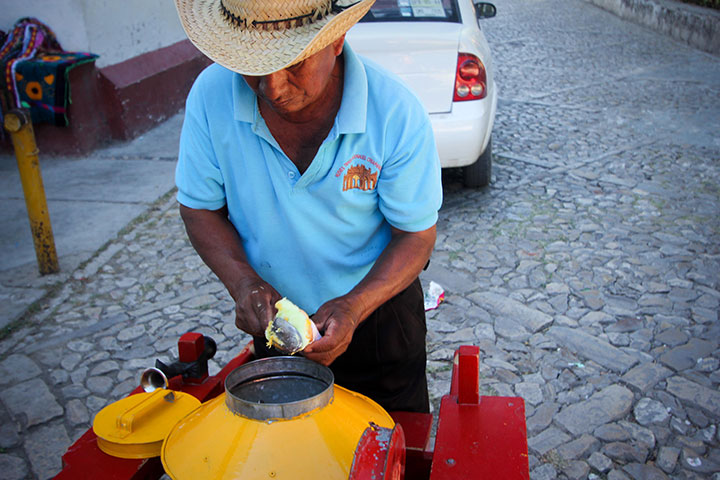 Having returned from an awe-inspiring trip to Mexico and Guatemala, I thought it would be helpful to opine on what entrepreneurship looks like outside of the United States.

You may know that some of the fundamental questions a founder must ask themselves is, “What am I selling?” and “Why will they [my target market] buy it?” Selling is a core skill for any founder. Founders sell their vision to recruit co-founders and key employees. They sell investors on their upside potential. And, they sell clients in order to fill their sales pipeline.

In Central America, there is a culture of selling.

Walking through crowded markets and streets, my girlfriend and I were being sold to constantly: jewelry, beads, scarves, dolls, fresh fruit, ice cream — a myriad of food items and handicrafts. While the overselling would seem annoying to some, I thought these observations might serve as helpful lessons for entrepreneurs who are looking to up their sales game. 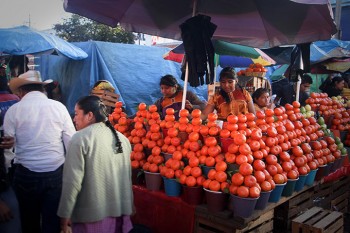 It was difficult to tell any of the street vendors we encountered ‘no.’ They weren’t deterred by no. They would counter-offer, lower their price, smile and ask again nicely. And at the end of the day, they weren’t afraid of hearing no. I think most people who aren’t good at sales struggle with no because they aren’t used to being rejected. As humans, we don’t like hearing no. We take it personally. For most of these vendors, no wasn’t always the end of the conversation.

Don’t get me wrong, I’m not implying that selling software or e-commerce is the same as street vending in developing countries. But it’s hard to ignore the similarities and trends between the two.

Many of these individuals — children, artists, farmers — were selling out of necessity. Selling a few extra toys or scarves might be the difference in a new pair of shoes or food on the dinner table. Local vendors even came up to us while we were eating or grabbing a few drinks to show off their inventory. They weren’t afraid of being turned down, and as result, had more opportunities to sell. If you find yourself afraid of selling, get over feeling bad about hearing no. Chances are, your competition won’t be.

Palenque houses several of the most impressive Mayan ruins in Mexico, and, as a result, is a popular stop for international and local tourists (which meant there were plenty of opportunistic vendors around).

On our last stop before our afternoon jungle hike, our tour guide explained the concepts and logic behind the Mayan calendar. Each “month” of the Mayan calendar corresponds with an animal or a symbol and a personality set. The guide vouched for the local vendors who were selling leather copies of the Mayan calendar as well as necklaces representing the Mayan month of your choice (usually your birthday). Our group probably wouldn’t have bought either of these souvenirs if it hadn’t been for the recommendation from our tour guide. It was because of the relatedness and trust between our group and our guide that created the sales opportunity.

Creating sales channels with individuals who are close in proximity to your customers is smart. You might even consider creating built-in incentives (like a revenue share) such that your values and actions are aligned.

Focus on conversions and upsells 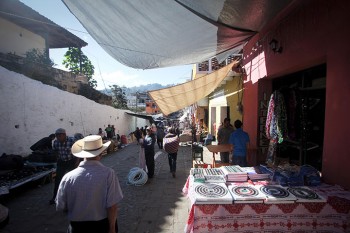 As a tourist, my modus operandi is to find truly unique souvenirs. I would pay more attention to vendors and shops who had limited inventories — artists that focused on making a particular style of jewelry or clothing. I noticed several of the larger vendors had extremely similar inventories, who had probably acquired them from a common supplier. How did they drive sales without much differentiation in the market? They focused on conversions.

Many of them knew only a speck of English, phrases like, “Good price,” and “Handmade” were common. Still, many of the foreign tourists would feel more comfortable engaging in a sale if they could roughly speak the same language. Almost all of the vendors that sold wooden handicrafts could be seen using their woodworking tools or applying a thick coat of pungent lacquer to their finished product. While deceptive, it added a layer of legitimacy to the quality of the artists and his/her items.

At a cozy wine bar in San Cristobal, a young boy approached our travel group selling roses. After one of us decided to appease the young salesman by agreeing to buy a single flower with the hope that he might leave us alone, he started to ask individually to the other males in our group. He kept saying, “…para ella” which translates as “…for her.” He would then point to all of the other women traveling with us, asking if we would by roses for them. The boy knew that once he had sold one rose, that it was easier to sell roses to the group through peer pressure.

So, am I suggesting that you use smoke and mirrors tactics to sell products? No. What I am saying is that using hooks is important. Ask yourself, what will get potential customers to stop, look (and maybe even smell), what you have to offer them?

STL Jobs: Get Hired With Chris Heivly’s Tech Jobs Under The Big Top On February 6