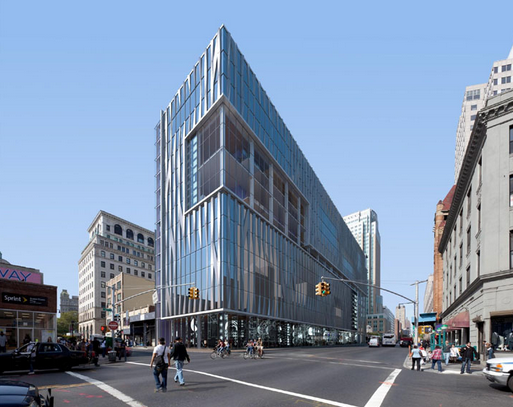 New York City’s technology community is racing to be the next Silicon Valley. The city government is accelerating the momentum that has been building over the past few years with city sponsored initiatives like the popular NYC Big Apps contest. Yesterday, Mayor Bloomberg publicly unveiled the NYU Center for Urban Science and Progress (CUSP), a graduate school that will be focused on the research and development of technologies that benefit cities.

According to details released yesterday, the school will be located in a 460,000-square-foot city-owned building at 370 Jay Street, which is currently occupied by the Metropolitan Transportation Authority in downtown Brooklyn. It is projected that 430 Masters candidates and 100 Ph.D. candidates will study on the Brooklyn campus. Research on the campus will include science and technology that will benefit urban centers of the world, including energy conservation, infrastructure, public safety, and more. Steven E. Koonin, a theoretical physicist, will be the director of the new center. Classes are slated to start in September 2013.

The NYU Center is the second of two applied sciences schools announced by the Mayor since the city’s administration originally called for proposals last year. The first school, a partnership between Cornell University and Technion-Israel Institute of Technology, will be a two-million-square-foot campus on Roosevelt Island.

Reaction to the announcement has been overwhelmingly positive. New York-based Fred Wilson, a partner at Union Square Ventures, was one of 14 speakers expressing his support of the Mayor’s initiative. Union Square Ventures will be one of many New York-based funds primed to take advantage of the new influx of highly technical entrepreneurs that will be flocking to the city thanks to the new schools.

Relocating the brightest technologists and engineers is just what New York City needs to compete with Silicon Valley. The Valley was founded by engineers thanks to its proximity to Stanford University. New York City has long been criticized for its lack of engineering talent. Now, New York is proving them wrong.

Nimble TV: Hasn’t This Been Tried Before?