Home > Blog > Bake Your New Neighbors Cookies, And Invite Them To Nextdoor

Bake Your New Neighbors Cookies, And Invite Them To Nextdoor

A San Francisco startup wants to provide digital spaces for people who live in real-life communities, re-focusing users’ social lives on local networks with the help of modern technology. 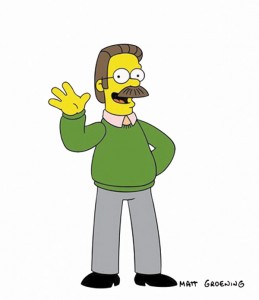 “We believe that users are migrating to smaller, local networks out of utility, not concern,” he said. “The neighborhood is one of the most important communities in our lives, so it’s no surprise that we want to connect with those who live around us.”

At the same time, many users have grown suspicious of big names in the social media industry, and may feel that hyperlocal networks offer better security. Tolia said privacy was “definitely a priority” for Nextdoor, pointing to the features including address verification and HTTPS access as part of a holistic, security-oriented social network.

But could the rise of hyperlocal networks deepen historical divides between neighborhoods, even as it encourages connections within them? Research has suggested, for example, that youth moved from MySpace to Facebook along lines of race and class, creating “digital ghettos” that placed privileged young people on a digital conveyer belt to collegiate success.

It’s the company’s hope that that will not be the case. And part of how that plays out will involve how lines are drawn: Tolia pointed to Pew research that showed that Americans who are members of an online neighborhood forum are more likely to get to know their neighbors, and to talk to them on the phone or in person. Moreover, individuals with those connections are more likely to have listened to their neighbors’ problems or to have received support from them.

“It is important to note that the same report found that participants who used general social networking websites did show some evidence of lower engagement with their neighbors,” Tolia said.

Below is a demo neighborhood the company has set up to show what the site looks like. 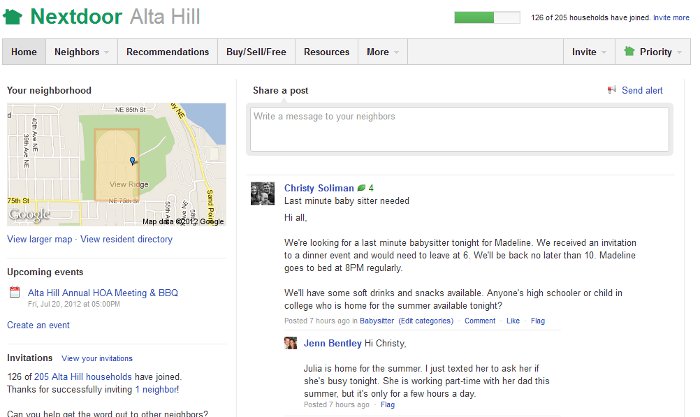