Home > Blog > Netflix Makes A Deal With The Weinsteins, Secures The Artist

Netflix Makes A Deal With The Weinsteins, Secures The Artist

Anyone frustrated with the lack of changes in Netflix’s online streaming selection will be happy to hear hear about the service’s new contract with The Weinstein Company. In the new multi-year deal, announced just this week, Netflix gains exclusive access to select future releases of the former Miramax producers, Bob and Harvey Weinstein. The streaming service will see documentaries, foreign films, along with “specialty films” appearing sometime after their home video release date, at least before any major cable network gets them. 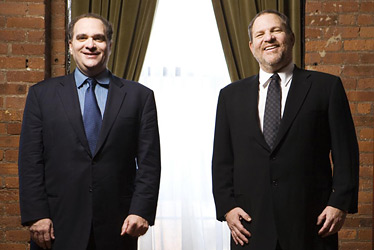 Some of the biggest news surrounding the deal is that Netflix will have exclusive rights to stream this year’s award season hit, The Artist, which has so far won 17 Best Picture awards and secured 10 Oscar nominations. The Weinstein Company’s other Oscar-nominated movie, the high school football documentary Undefeated, will also be hitting the service before any cable network gets it.

In a press release Harvey Weinstein said that a common passion for movies is what drew them to making a deal with the service, calling it a “fantastic coup.”

With this deal, a company that loves movies, Netflix, joins forces with a company that is built on that same love.  It’s exciting that we can offer consumers a supremely convenient way to see the kinds of movies that made us want to be in this business in the first place.

Last year the service made deals with Showtime, Comedy Central, NBC, and AMC to bring a wealth of new quality shows to Netflix, and this year the company has big plans to further widen its range of content, starting earlier this month with the premier of its first exclusive TV show, Lilyhammer. Netflix will see at least two other exclusive new TV shows in the future, with David Fincher’s House of Cards coming later this year, and a new fourth season of the cult favorite TV show, Arrested Development, to air in 2013.

The deal is a welcome change from Hollywood’s often hostile attitude toward the successful service. Recently Warner Brothers doubled the hold date on Netflix to rent their new releases, upping the waiting period from 28 to 56 days. Netflix definitely has more battles ahead as it works to secure content for its budding streaming service, but with more than 23 million subscribers and an ever-growing selection of great movie titles it’s hard to look at these studio obstructions as anything but futile roadblocks against an inevitable and welcome change.