Consumer computer hardware is the fastest it’s ever been, and broadband speeds dwarf what was available a decade ago (even if the United States doesn’t stack up too well internationally.)

So why does the web feel so sluggish? 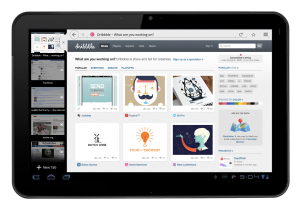 Part of the problem is web developers’ reliance on resource-intensive plugins, which – when they fire up by default – can consume a surprising amount of memory. Mozilla, the non-profit organization that oversees development of the popular browser Firefox, is considering a drastic interface change that would prompt the user to load or ignore Java and Flash plugins.

When the feature is enabled, “plugins will require an extra click to activate and start ‘playing’ content. This is an incremental step towards securing our users, reducing memory usage, and opening up the web,” wrote Firefox software engineer Jared Wein.

Visible plugins will be overlayed with a menu that will let the user decide whether or not to activate them, while invisible or nearly-invisible plugins will prompt an infobar to ask what to do. At first, users will be able to opt into the new feature. In the future, developers will explore site-by-site preferances and automatic blocklists.

The “click-to-play” feature, which is now available on the Firefox nightly channel, will also address security concerns.

“Plugins, particularly when out of date, are the most common source of user compromise, so not running them by default provides a defense against drive-by attacks, while still enabling them to run on sites where the user desires,” reads a Mozilla wiki page on the feature.

There may also be concern about keeping up with the perceived competition. Google‘s Chrome browser includes settings which can block all or a select list of plugins, offering similar functionality to the upcoming Firefox “click-to-play” feature.

Mozilla is also prepping a Firefox overhaul that will standardize the browser’s user interface across desktop and mobile platforms, likely in expectation of Microsoft’s Windows 8 operating system, which is expected to include many of the trappings both of tablet and personal computing operating systems. Schematics for the news interface show an increased awareness of contour, design and experience — a motivating factor, perhaps, in the new new layer of control over plugins.

Flashback Targeted Google (But Their Takings Were Pretty Modest)