With all of the media outlets available today, there’s no lack of commentary or opinion to choose from when it comes to sports. We all have our preferences. I rarely start my workday without a cup of coffee and Mike and Mike on ESPN 2. But, where do you go when you want a more complete picture of what’s happening in sports? 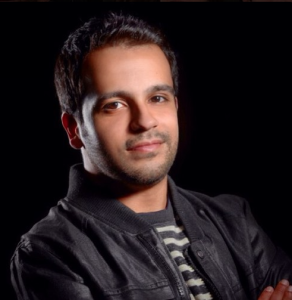 Surely there’s an app for that, right? There is now, but in 2012? Not exactly… Mike Wadhera, founder of Sports Feed, was just as surprised to learn that most of his friends were using mobile websites for sports information. The big sports media outlets had complicated apps, were typically slow, and didn’t have much in the way of personalization.

At this point, Wadhera had just moved to New York and was getting back into being a sports fan. He was the first engineer of VC-backed involver, where he built the core platform that powered brands such as Nike and the NFL. (The company was acquired by Oracle in July 2012.)

“I moved [to New York] and started watching more live sports. You can’t go down the street on a Sunday and not get pulled into a game that’s at a bar,” said Wadhera. “I sort of became a sports fan again.”

However, after his impromptu poll of his friends, he couldn’t get this idea out of his head. “It was weird there wasn’t a go-to sports app,” he said. “Long story short, I started working on Sports Feed.”

Wadhera founded Sports Feed in April of 2013. Essentially, Sports Feed allows you to quickly catch up on the top stories in sports and see live scores in one app personalized to your preferences. You can select which sports and even follow your favorite teams.

The whole idea is they’re optimizing for that 60 seconds you might have at the end of the day. It’s a quick way to check in, get the information you want, without having to refresh scores or scroll through content you don’t particularly care about.

So, how does Wadhera curate the app? “With mobile, you have to pick good defaults. You have a small screen, limited attention and time from users,” said Wadhera. “So, today the app is in the spirit of good defaults. We do local and regional sources and try to stay away from rumors and commentary.”

The other aspect of the app that separates it from others is its optimized score feed. “You’d think a lot of sports apps would have scores that update quickly, but a lot of the apps today you have to pull the refresh to get the score,” said Wadhera. “They’re delayed by minutes.”

According to their press info, Sports Feed “scores magically update in real-time thanks to [its] optimized global delivery network.” While I can’t tell you exactly what they mean by “magically,” the app is quite fast. And, I’m not the only one who has noticed.

Wadhera told me they have over 150,000 users now and have started gaining traction. “The big metric we’re measuring is percentage of our monthly user base coming in everyday, which right now is about 25%,” said Wadhera. “That’s really good. Other big app benchmarking sites for sports is around 12-13%, so [we’re] about 2x the average.”

Not bad for his first mobile app…

Right now the app is free and there isn’t any monetization, however that will likely change this year. “The big thing for us now is having an engaged user base. How can we monetize, and how can we tie that back into a growth engine to acquire users through install apps in an ROI, marketing positive way?” mused Wadhera about the future of Sports Feed. “I don’t think monetization on its own is that interesting at this stage because we’re small. Those models look really good at scale. For us, we’re looking at monetization as a lever for growth.”

To date, Sports Feed hasn’t raised any money; Wadhera has funded the company by himself. It wasn’t because he didn’t have the option, though. According to Wadhera, he had a lot of outside interest. But, he wanted to keep the company lean and time the investment when it’s right. Which, might be this year.

What sports apps are you using? Consider downloading Sports Feed. I’ve been using it for some time now, and the app is perfect for getting updated quickly on my favorite teams. The only thing it doesn’t provide are the long-form articles I like to read (or commentary, which Sports Feed stays away from). You’ll still need to visit your favorite sites for that, especially if they focus on commentary more than breaking sports news.