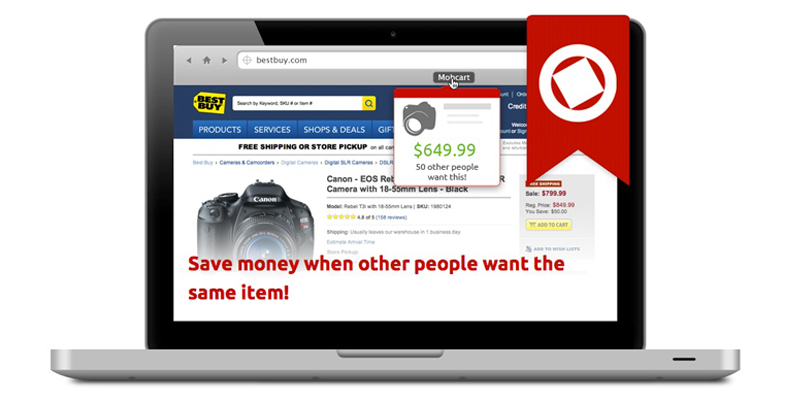 Mobcart, a Chicago-based shopping startup, is hard at work putting buying power back into the hands of the people. Armed with a handy browser bookmarklet, registered users can come together to get great deals on the products they want most. If enough users express interest in a particular product online, Mobcart acts as the intermediary to get those shoppers the best price possible on a bulk order, effectively giving consumers the buying power that until now was only available to retail owners.

While Mobcart currently resides in Chicago’s 1871, it was originally started in San Francisco by Jesse Pinho and Dan Salcedo, who landed on the West Coast with no funding, housing, or place to work. The co-founders relied on the kindness of other entrepreneurs to put them up during the first days of their startup, and eventually established an office in a rundown apartment building in Silicon Valley. The company eventually decided to relocate to Chicago in order to maintain to a lean startup philosophy and be in closer contact with team members and partners.

Co-founder and CEO Dan Salcedo came upon the idea for Mobcart after spending time working in communications and affiliate marketing at Chicago startup SingleHop. “I saw the web from a privileged back-door vantage point,” said Salcedo. “I saw what made money, what didn’t, and more importantly, saw how ads were historically becoming less and less effective as a means to monetize the web.” When coming up with Mobcart, Salcedo decided that flipping the entire model on its head would be an efficient and radically new way of monetizing the web.

Before the launch of Mobcart, the team worked on a proof-of-concept bookmarklet called Randomsh.it that was tailored to work with the Amazon marketplace. The application allowed users to rate and share the kind of products they liked, and by the end of its run users had rated nearly 35,000 items. “Randomsh.it proved that not only were users willing to share what they like, but they would do so at an astonishing rate when given a simple tool for adding products,” Salcedo said. 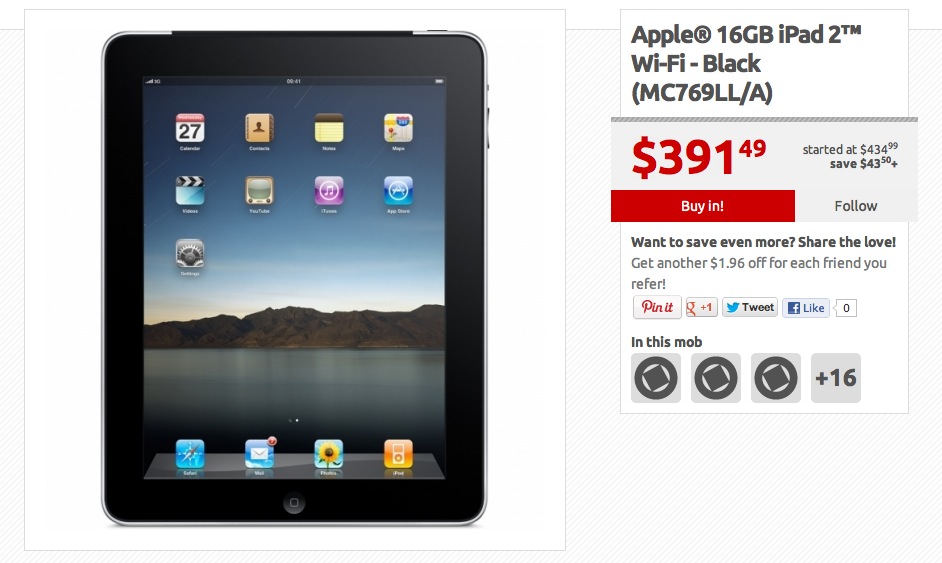 Mobcart is currently running in open beta, though Salcedo said the team has begun testing user deposits to expedite the buying process. During the deposit test run, the service pulled in nearly $10,000 in less than three weeks, with an average of $16 in deposits for every $1 spent on advertising.

Mobcart requires a certain number of users to join a mob to secure the deal, and the specific price of the product (the service focuses on items over $200) determines the number of members required to ignite the mob deal. According to Salcedo, the deposit feature, even during its trial run, was widely favored among users, and works to both officially register interest in a deal and provide a tangible dollar figure when seeking offers from companies. And even if the mob doesn’t reach its required capacity, users can rest easy knowing that their full deposit will come back to them.

Mobcart is currently speaking with several investors to propel the service forward post-beta. “Our technology, branding, and user experience has been in testing for quite a while and we are ready to take this to the next level,” Salcedo said.

In the future, Mobcart is hoping to become a central hub for the hundreds of billions of dollars consumers are spending each year, eventually looking to include hotels, flights, and even cars. The team is planning to focus on the mobile platform going forward, allowing users to share products simply by taking a picture of an item or scanning its barcode.

“I love the idea of making it simpler to connect those who make products with those who buy them,” said Salcedo. “I love taking something really complex, breaking it down into small pieces, and finding a myriad of ways to improve the efficiency of every single step.”

Check out Mobcart’s official website to learn more about how being a member of the mob can help you save.